I am a fortunate Twin Peaks fan. Sometimes I meet others who have never seen the show, and I get to talk with them about their experiences winding through the show, the film, the books, the music. Other times, I meet people like Keith Gow. I Twitter-met Keith in April 2017, then my wife and I met him in person when Keith and his friend Amanda traveled from Australia to the 2017 Twin Peaks Festival. After a brief introduction at the Festival banquet, we spent time together in full nerd mode at the events, up until the last official event at the Fall City Roadhouse where we watched Part 12 of Season 3. Keith is a thoughtful and funny person, and an original Twin Peaks fan with intersecting interests in writing and theatre.

Keith is the first person I’ve featured here that has taken his Twin Peaks experience directly into his career. When asked about viewing the original series, and the impact that Twin Peaks had on Keith:

“I watched the series when it originally aired on TV in Australia in 1991. I was at the right age to get my mind blown by a TV series that was unlike anything that had come before. I was always a big TV watcher as a kid, but I was obsessed with Twin Peaks, as much as you could be in 1991 without internet forums to dissect every detail. I’d read all the press coverage of it. Bought lots of magazines with Twin Peaks on the cover. And for a long time, other TV just didn’t live up to the experience. There were good mystery series. There were good small town shows. There were good supernatural shows. But none of them in the same combination as Twin Peaks.

I went on to study writing after I left high school, and Twin Peaks definitely opened my eyes to the possibility of writing for TV – whereas I think I left high school thinking I’d been a novelist or write film scripts.”

Keith watched the original series unfold live, one week at a time. His recordings of the final few episodes helped to keep the mystery alive for the next six or seven years, until he was able watch the whole series again with a VHS box set in the late 1990s. 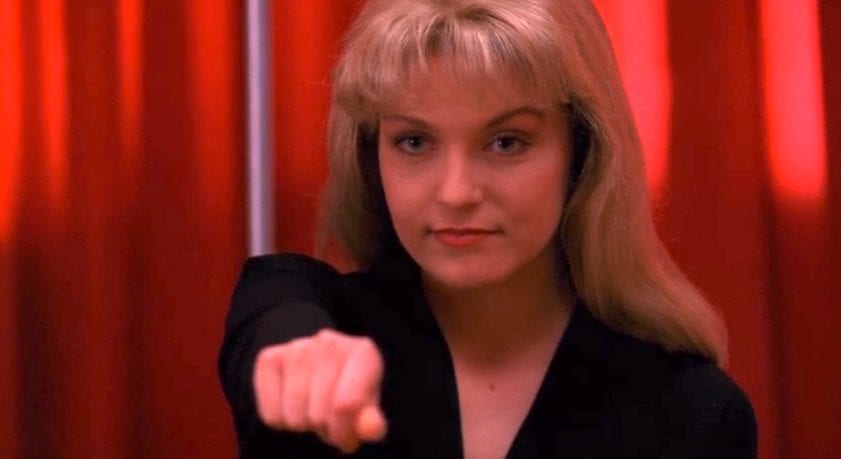 “I watched Season 3 on a local streaming platform several hours after it aired in the US, so each Monday afternoon I kept off the internet until I could watch that week’s episode. And, of course, I got to watch Part 12 at the Roadhouse as part of the Twin Peaks Festival, which is really unlike any experience I’ve ever had watching an episode of television.

The great gift of streaming TV these days is the ease at which I can re-watch episodes. So Season 3 was far different from my original experience with the series, which was one watching it live and not being able to re-watch. This time around also included lots of online discussions in forums, Facebook groups, Reddit, on Twitter and – of course – at the Twin Peaks Festival. Watching a show week by week is pretty rare for me these days, so to have that communal experience – both online and at the Fest was incredible.”

When asked if he is more of a bumper sticker, cosplay, or tattoo kind of Twin Peaks fan:

“Bumper sticker. I have all the Twin Peaks-related books but I didn’t really start buying merchandise until last year – a Great Northern keyring, a “dictaphone” diary, plus photos by Blake Morrow (@shootblake), whose work is just incredible.”

Much to my surprise and joy, Keith was a guest on the September 26, 2017 episode of “Twin Peaks The Return: A Season Three Podcast,” hosted by Andy Hazel and Hayley Inch. Keith wrote a piece “You Are Far Away: Agent Cooper and His Troubling Return to Twin Peaks,” and the views he expressed in the article were the basis of his conversation with Andy. I encourage everyone to check out the episode:

“One of the great joys of last year was all the Twin Peaks podcasts that followed the series episode by episode – digging into each part, trying to find clues. A lot of my other regular podcast listening fell by the wayside during those four months while Twin Peaks was on and I was listening to at least half a dozen Peaks podcasts a week. Sometimes more.

The Twin Peaks Season Three podcast was one of my favourites and I think the only one produced in Australia. So I was thrilled that they had me on as a guest after the series was finished to discuss my feelings about Dale Cooper and his story arc – and my blog post “You Are Far Away,” which I’ll discuss in more detail below.

What I really enjoyed about recording that podcast was that the host, Andy had some really interesting questions that really challenged me and the way I had responded to the show and to Cooper. I’m so used to taking my time responding to TV or theatre, being recorded for a podcast meant I couldn’t hide behind thinking about things too much.

By then, my feelings about Cooper’s arc were pretty clear in my mind, but some of the questions were curveballs and it tested my thinking in a lot of ways.” 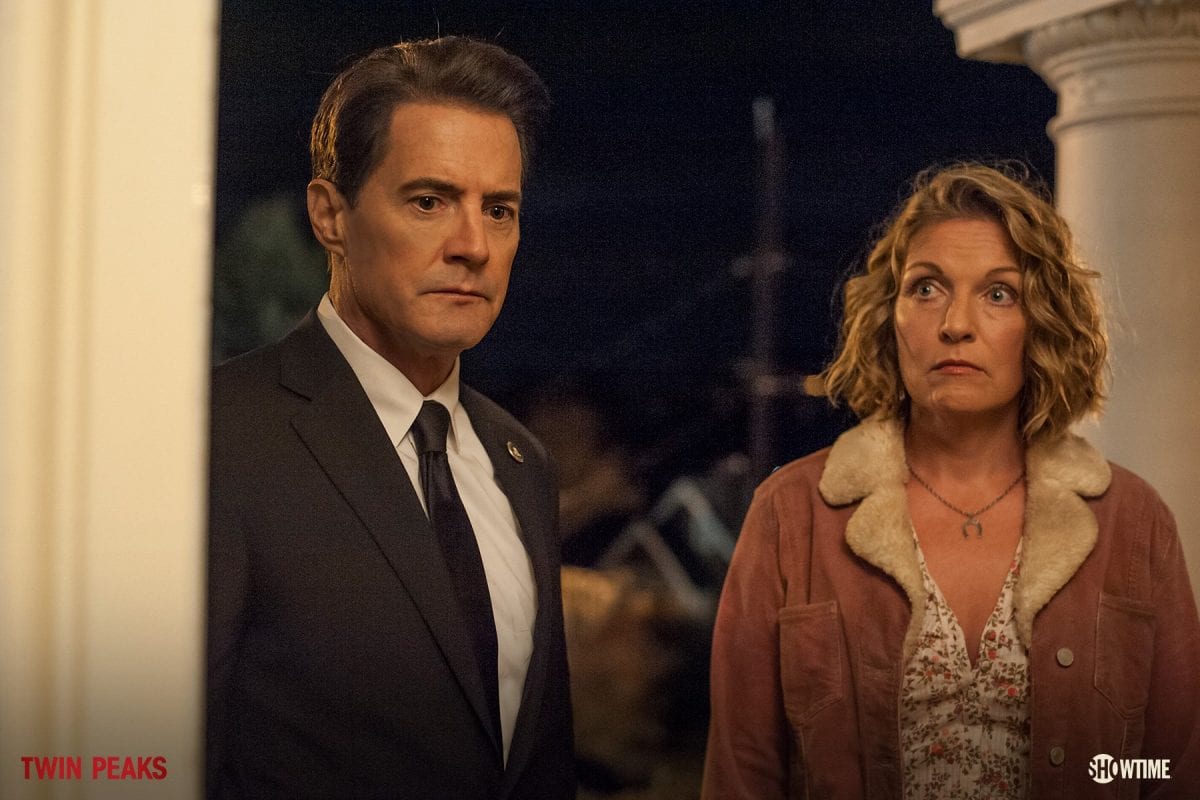 Keith’s favorite scene from any season or part of the Twin Peaks universe?

“I haven’t really considered this since Season Three aired. Previously I would have probably said Maddy’s death in Season Two or Laura’s funeral or the extended Red Room sequence in the original series finale. In Season Three, it could be Albert and Cole’s blue-tinted scene after meeting with Mr. C. or Ed and Norma declaring their love or “I am the FBI”.

Perhaps, though, I might cite the scene with Laura and James on the night she dies that appeared in Fire Walk With Me and Part 17 of Season 3. I think Sheryl Lee is amazing in that scene and always have [thought so]. And now it plays so very differently and yet I think it might be one of the keys to understanding how Cooper escapes the loop… 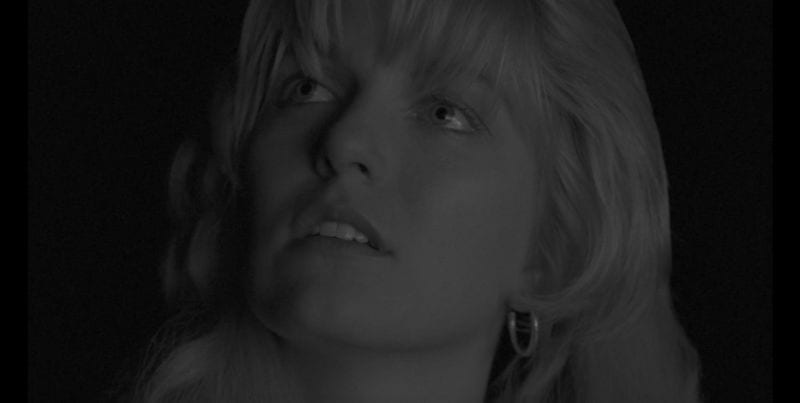 As I mentioned earlier, Keith wrote the article “You Are Far Away” and covered themes like time, the town of Twin Peaks, and Mark Frost’s (in particular) “anti-nostalgia.”  I posed this question: Is Cooper now (and before and forever) destined to fail in an infinite loop?  And has the door closed on Twin Peaks?

“I called Dale Cooper a villain in my piece, focusing on the hubris of altering time to fix things he perceived as wrong in the world. But like most viewers, I didn’t want to think that Cooper failed. I wanted to figure out a way where he didn’t fail. I wanted to believe he could get out of that loop he is stuck in. And I can see evidence that things are changing each time he tries to save Laura and cannot. I couldn’t reconcile the ending of season three with the ending of Fire Walk With Me, which I thought was a perfect ending for Laura’s story, even if it didn’t save Cooper from being stuck in the Black Lodge.

But as I said above, the scene with Laura and James suggests something – that Cooper has been there, just off-screen, watching all along. He was there even when Laura went off into the woods to die. And then we watched him alter the ending of her story and the start of the original series.

But if he was there all along, then the ending of Fire Walk With Me can still come to pass. At some point in his looping through time, he can get to that point and let Laura leave to her death. Then he can meet her in the Black Lodge and deliver her to the angels that had abandoned her in life.”

(Note: Laura’s angel from Fire Walk with Me appears in Andy’s vision given to him by the Fireman. So the angel ending is still in play, if Cooper finally listens to the sounds and to Laura – “I am dead yet I live” – and leaves her to fulfill her destiny.)

Keith’s friend Robert Berg wrote an essay – “What Year is This?” – about time loops and the end of Fire Walk With Me, and that helped Keith see that the end of Season 3 wasn’t entirely bleak.

It’s clear that Keith hasn’t closed the door on Cooper or Twin Peaks, and I am pleased that he and I connected and had the Twin Peaks Festival experiences of a lifetime. Maybe we’ll meet again one day at another Festival… 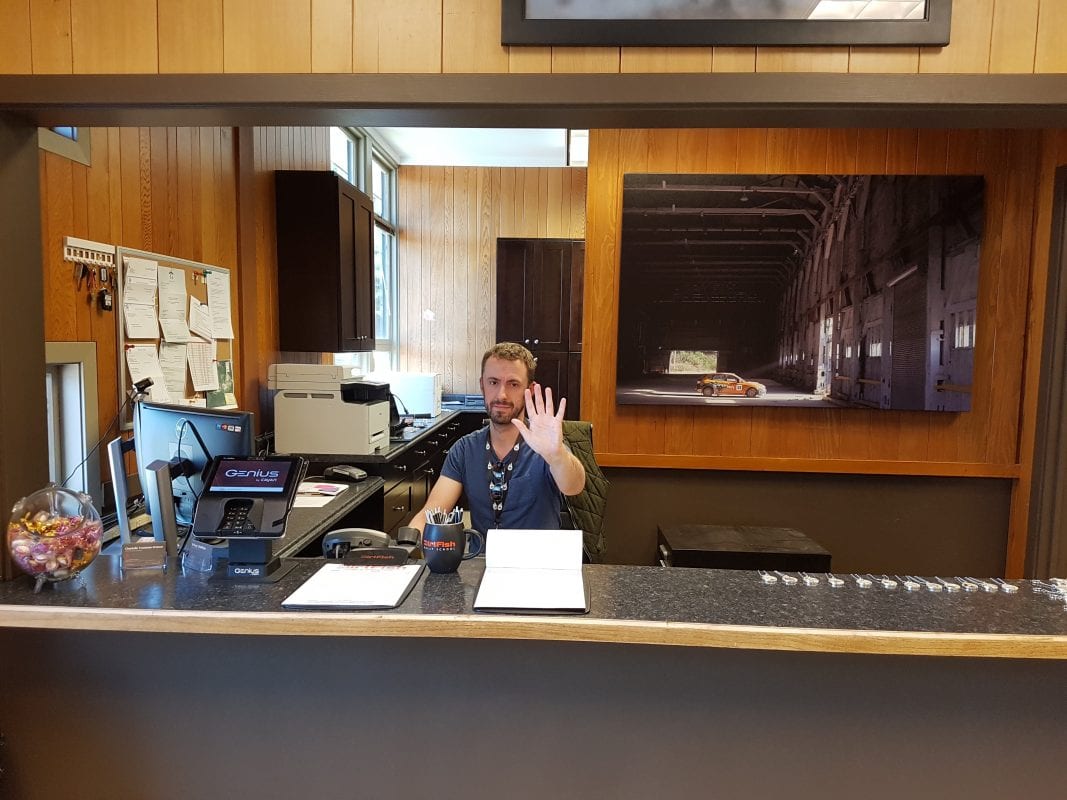 Keith Gow is a playwright and screenwriter. He blogs about theatre, film and television at KeithGow.com. You can also find him on Twitter and Instagram @keithgow

Next Time: Is twice the charm?