Here at 25YLSite, we handle a lot of heavy lifting. Analysis, interpretation, deep discussion, introspective interviews… you name it, we’ve got it. “Favorites” takes a lighter approach to the material we normally cover. Each week, we will take you through a list of favorites – whether it’s moments, scenes, episodes, characters, lines of dialogue, whatever! – in bite-sized articles perfect for your lunch break, a dull commute, or anywhere you need to take a Moment of Zen. So, sit back and enjoy this week’s offering: Cheryl Lee Latters Top 5 Horror Moments in Twin Peaks

Although there were many scenes in season 3 that disturbed me a little, it was always to be expected. Twin Peaks has always had a dark side, and to be honest, that’s the side of it I love the most. Narrowing it down to just a few favourites isn’t easy, but I’ve chosen the scenes that, no matter how many times I watch them, continue to endlessly creep me out. I’m sure many will disagree, and will have terror moments of their own, and I’d love to hear about them. Our fears say a lot about us as individuals, and what a wealth of darkness we have to choose from. For the record, here are mine.
Bob behind the dresser
It’s hard to watch Fire Walk With Me without feeling a little tense throughout. The music, the atmosphere, the incredible imagery. As Laura’s life spirals out of control and the danger heightens, we are right there with her along every step of the way. Then suddenly the otherworldly comes crashing through into real life. Mrs Tremond and her grandson give Laura the Black Lodge picture and warn her that the hiding place of her diary has been found. She runs home, she creeps up the stairs, she oh-so-slowly opens her bedroom door. And we all know what is going to happen next, we know that Bob is in her room in the bright light of day, and that she is about to find him there. It’s so quiet, music slowly building, then THAT LOUD SOUND and that scream! Even though I know exactly when it is going to happen, it is timed so perfectly that I prepare myself for it too soon, and by the time we get there I’m so tense that my heart stops every time. Terrifying.
Clown Leo
So catatonic Leo is, quite deservedly, treated pretty badly by Shelly and Bobby. They dress him up, they slam his face into a cake, they have sex right there in front of him. And all the time we’re wondering, ‘Oh no, what if he wakes up???’ Well, then we find out! Don’t spend time asking yourself how, with Shelly right there in the house, he had time to set up this whole horror film scenario, but the fact is he did a great job. Pretty creative for a bullying thug. The music, the swooping blackouts, the clown doll on the bed, the shadows, the Psycho-style view of the back of the chair. And then, there he is, Clown Leo smiling behind her. ‘Hello, Shelly.’ The whole scene is only a minute long, but it never fails to put me on edge. 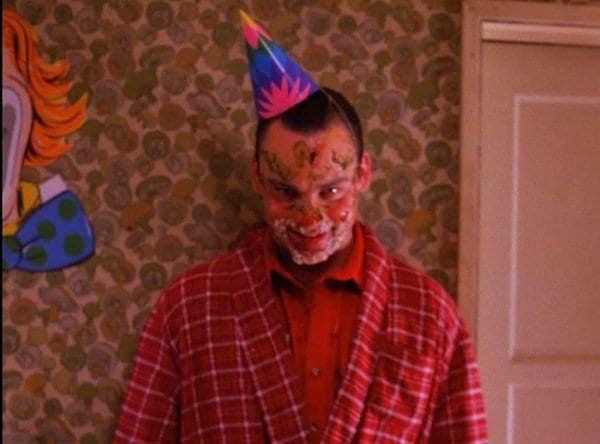 Black mouth Laura/ Windom
The white face/black mouth look turns up several times in Peaks and Lynch. It’s something we’re used to now. But I clearly remember seeing Fire Walk With Me in the cinema and the whole room reacting with shock when Laura turns demon in Harold’s house. It still makes me jump every time. Again, it’s the music and the timing, one fright coming right after another, no matter how prepared for it I am.
I want to include black-mouth Windom in here too, when he is tormenting Leo in the cabin just before heading off to the Black Lodge. It takes a minute to really register the change in him, but it is creepy as hell. I remember the first time I watched with my friend and their cry of, ‘Oh my God, why has he got all black shit in his mouth???’ To scare the crap out of us, that’s why.
Doppelcoop shot
The scene with Ray and the doppelgänger in the car at the start of part 8 was disconcerting to say the least. We know that Bad Coop knows that Ray screwed him over. We all know that Ray is going to die a nasty death at some point. And we’re waiting for it. The darkness, the headlights, the quiet. None of this is fun. What the hell is going to happen?
Well, what did happen next no-one could ever have guessed. Ray’s one moment of glory is a great one and the doppel is shot. Hurray! But oh no! What’s this? What I once saw described as ‘hobo EMTs’ go to work on him. They move their hands over him, smear blood all over his face, excise a disgusting Bob blob. No wonder Ray looks so grossed out. The music is perfect, the atmosphere is horrifying.
And then, like the bad guy in every film ever, the defeated villain pops up again, and now he’s pissed. Oh Ray, you just made it so much worse! 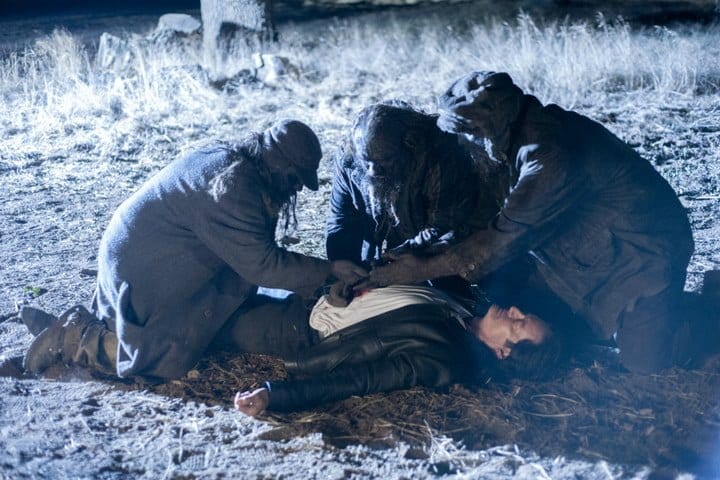 Screaming Laura
This could cover many moments and many scenes. Screaming Laura represents all horrific moments in Twin Peaks, and Sheryl does it beautifully. From the ‘Bob behind the dresser’ scene to the very last moments of the S3 finale, Laura’s screams come from the deepest, darkest part of her soul.
For me, though, the most powerful use of it is by Laura’s doppelgänger in Season 2 finale. That lady is not a happy bunny, and she wants Coop to know about it. She’s one of my favourite characters in one of my favourite episodes. She screams in his face over and over, but there is a certain point when it gets a bit too much and starts to be a little disturbing. By the time she is climbing over the chair and racing toward the camera in strobe light, I start to think, ‘What is wrong with me? Why do I love this so much?’ Because Twin Peaks. That’s why. 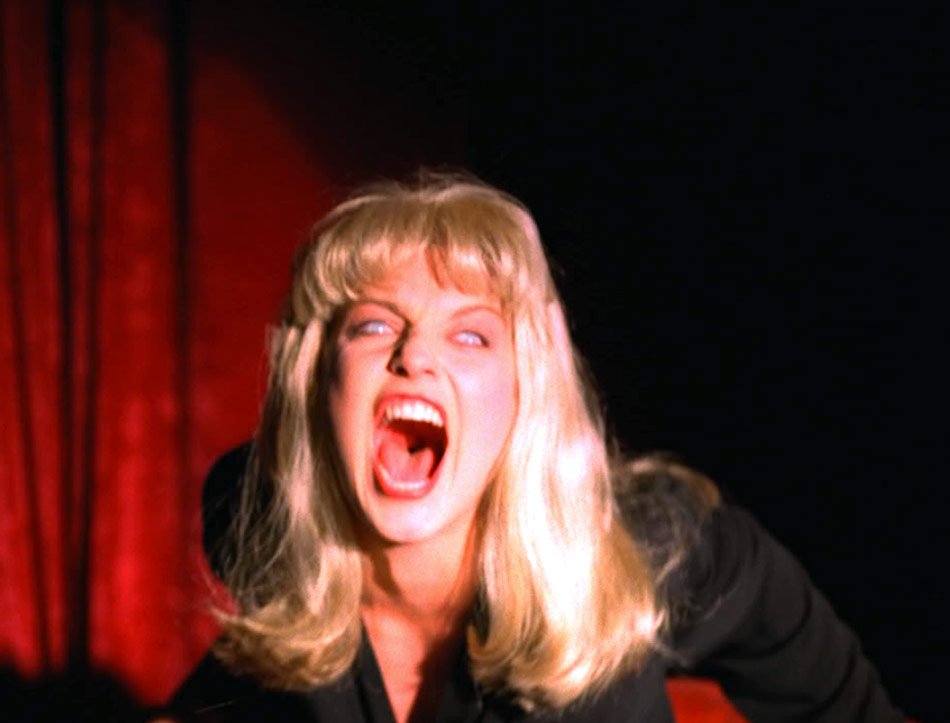