Just as there are three Coopers—Dale, the doppelgänger and ‘Richard’, who appears to be a hybrid of the two—there are also three Lauras.

Carrie, who seems little rough around the edges, and who may or may not have just murdered a man in her living room, may also be a cross between the good and bad sides of the original Laura.

Laura’s doppelganger has fascinated me for 27 years. I always list her as my second favourite character, after Dale. The entire character epitomizes pain and rage. She is Laura at the moment of her murder, the demonic-looking Laura we see in Ronette’s coma dream, the dark side that screams at the sorrow and unfairness of it all. 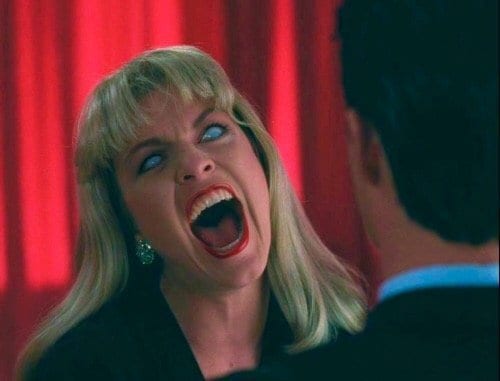 She is angry at existence, but she also seems angry at Dale in particular. Cooper only encounters certain doppelgängers, mainly those of people who have died on his watch. Laura, of course, died before he came into town, but she had already dreamt of him and of her own death, so maybe she felt he could have acted sooner. He had somehow had a vision of her long before ever heard her name.

Laura’s doppelgänger is notably missing from the Lodge in Season 3, and my mind can’t help but try to find her. I wanted to believe we had been tricked, that Laura was somehow no longer in the Lodge, and that Season 3 Dale had been speaking with her doppelgänger, albeit one with a lot more self-control than she had when he first entered. And then she screamed and was sucked away. Was that because she lied to him? Because she told him he could go out now even though his doppelgänger hadn’t come back in yet? For a while, I thought I had found her there.

Leland tells Dale to find Laura. The Laura who just left, or the Laura we didn’t see in there at all? If it was the doppelgänger after all, how could she have such pure white light inside her? The glass box creature followed right behind Dale, and it was easy for me to believe she had followed him right out of the Lodge.

It was very hard for me to let go of the idea that Sarah was communicating with someone in the Lodge, as she had in Season 2. “Your room seems different.” I can’t shake the image of the Fire Walk With Me picture still hanging somewhere in the Palmer house, maybe in Sarah’s room now. I’ve seen many mentions of it being the doppelgänger that Laura sees in the picture, rather than herself. It isn’t outside the realm of possibility, but she seems far more chilled than the screeching girl we see in the Season 2 finale. 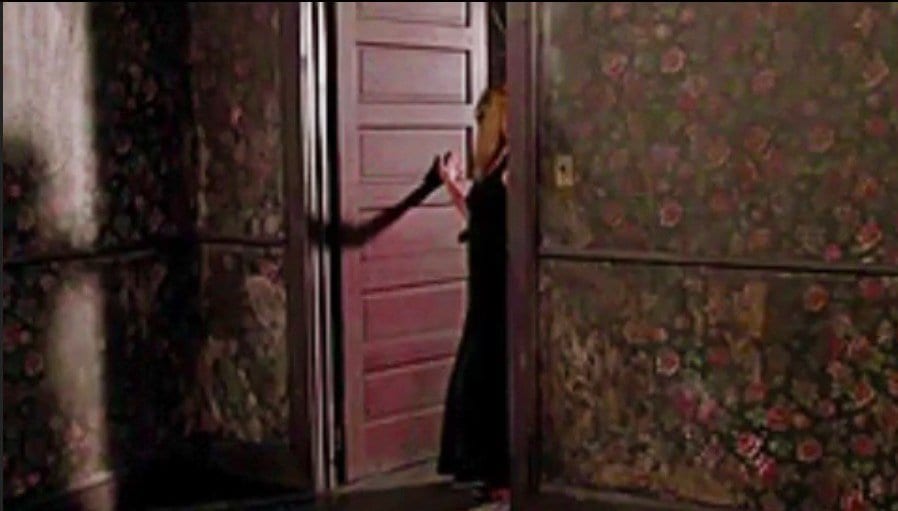 Is Carrie the middle ground? Maybe Laura and her doppelgänger really did become one? Maybe to face your Dweller on the Threshold causes a merging of the light and dark sides, and causes a blending of both personalities?

It seems undeniable that it is Carrie in the Lodge in Season 3. Her hair says it all. She’s like the Barbie doll whose hair I cut wrong as a kid, so I called her Jasmine and dressed her in boy’s clothes. But she was still undeniably Barbie. So it is Laura, but it is definitely Carrie. Maybe it’s the hair, or maybe it’s all the screaming. Carrie in Odessa is vague, bland, uneducated. There is a dead man in her living room. Could Carrie be the Evolution of the Doppelgänger? 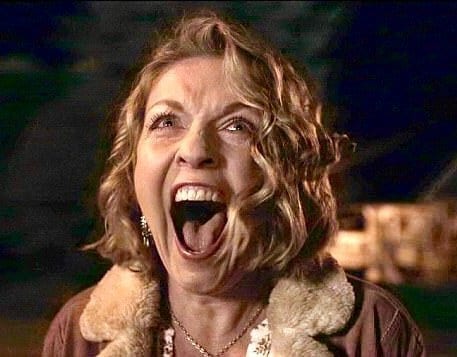 I tend to believe that the real person and the doppelgänger are aware of each other and have some kind of shared knowledge. I often wonder if Laura was aware of her dark self, if that was the part of her that was beginning to let BOB inside. During those nights of terror and abuse in the dark woods, did she hear her own distant screams echoing back at her from somewhere in the sycamore trees?

So where is Bad Laura now? Perhaps she is irrevocably connected to the real Laura, wherever she ended up. Lost in time between realities, or simply gone forever. 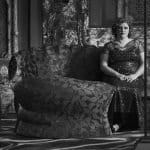