The original run of Twin Peaks left us well aware of the 12 Sycamore trees standing in a circle at Glastonbury Grove, where the portal to the Black Lodge (or Waiting Room, or The Red Room) is located.

In more recent times, Twin Peaks: The Return has hinted that Sycamores have connections to at least two other portals:

The entrance point of Agent Cooper in Rancho Rosa, Las Vegas, and by the portal that Bill Hastings called “The Zone” in Buckhorn, South Dakota – They both have been associated with Sycamores.

I wanted to find out if there could be any connection between the glass box portal in New York and Sycamores as well. I ended up finding a few interesting things and decided to make a short video about it.

Have I found a possible connection between Sycamores and the portal in New York? I don’t know. What I found feels too “good” to be coincidental – but as usual, I embrace each beholder’s own opinion. If you have any thoughts about my observations, I welcome you to share them with me.

Here is an overview:

And here’s the short video with the following description:

Sycamore trees and places and streets named Sycamore keep popping up in Twin Peaks season 3, The Return. Glastonbury Grove, Twin Peaks. Buckhorn, South Dakota. Las Vegas, Nevada. So how about Manhattan, New York?
I found a possible connection to the New York portal and this is the video about it. I also go a little bit into The Secret History of Twin Peaks by Mark Frost, and The Evolution of The Arm. Plus a little bit of numerology. 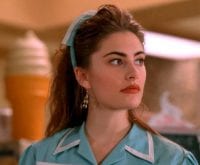