This essay was inspired by a comment I saw on Reddit. I won’t name names or link links, but the gist of it was this: “Stop using the term ‘Red Room’, there is no such place. It is the Black Lodge.” The comment attracted several upvotes, indicating popular support for this opinion. I have to admit I was surprised at this, but I’m also open to the possibility that I’m in a minority, so I’m putting my take on this issue ‘out there’ in the interests of starting a conversation. I also know there’s every chance that I am flat-out wrong – it certainly wouldn’t be the first time.

Here’s my view: I would argue that we do not know the true name of the space with the scarlet curtains and the black-and-white chevron floor. Cooper calls it “a red room”. The Man From Another Place says: “This is the waiting room”. But we are never told its name. It is a space seen in several different contexts: it is the setting for Cooper’s dream early in Season 1 of Twin Peaks, it is the place where events culminate in the terrifying and bewildering finale of Season 2 and it also features in The Return – appearing to play a pivotal role in the plot at both at the beginning and end of the season.

It is true that when Windom Earle accesses this space in the second season, he believes he is entering a place he calls “the Black Lodge”. But after everything we have seen, especially in light of the twisty-turny, topsy-turvy events of The Return, I am staggered that anyone can correct anybody else’s choice of labels with the level of certainty I saw in that Reddit post. How can we even be sure that the space Cooper visits in his dream is the same one that he becomes trapped in at the end of the original run? It looks the same – but in Lynchland, ‘looking the same’ does not equal ‘being the same’. This much we do know to be true. 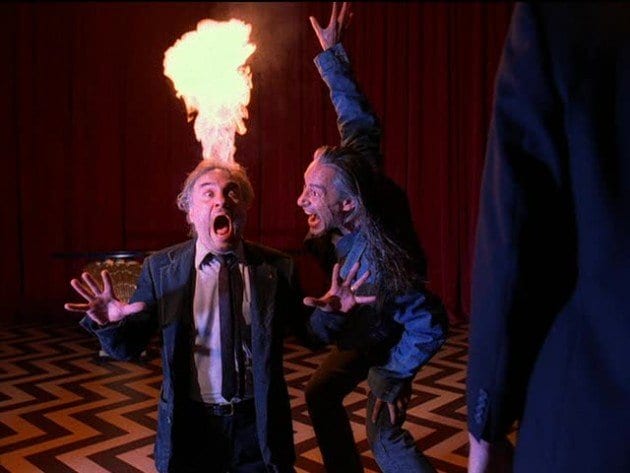 This mysterious space is apparently home to many characters – the room is busy with humans (both alive and deceased), supernatural entities, and the even, on occasion, the real-world bodies these other-worldly beings inhabit. Additionally, it seems that some, perhaps even all, of these residents exist in two forms – an original and a doppelgänger. The Return has also sprinkled tulpas into the mix, physical doubles which appear to operate by different rules to doppelgängers and pop in and out of the room with alarming regularity. The morality and alignment of the various members of this motley crew is far from clear. In fact they are almost all wildly ambiguous. Their motivations are – like the geography of the space itself – uncertain, shifting and bewildering.

Fire Walk With Me and The Return have added further supernatural spaces into the mix. We have seen events in a room above a convenience store, a strange, black and white cinema / boudoir / alarm-station inhabited by the Fireman and Senorita Dido and a pink-hued room, apparently simultaneously surrounded by a calm sea and floating in space, where Cooper encounters Naido and American Girl. There were other potentially supernatural areas too – the motel inhabited by the kettle formerly known as Phillip Jeffries, Audrey’s space, perhaps even the Palmer house? 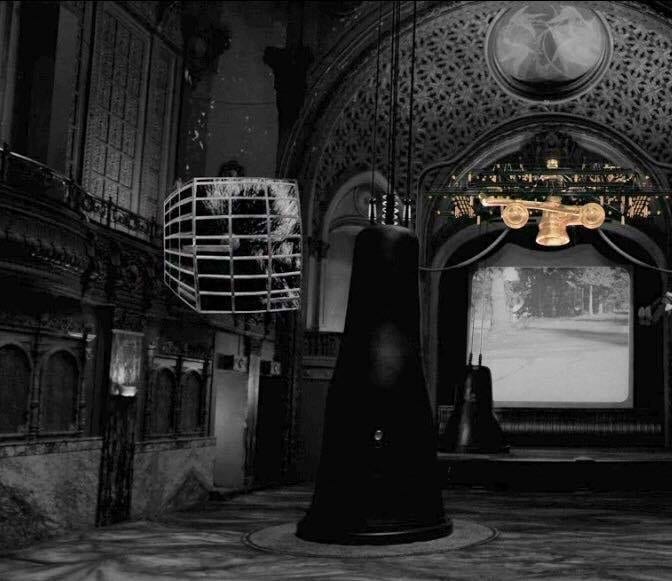 How these places fit into the pre-existing mythology is not explained in the show. We can hazard a guess that the Fireman’s domain could be the ‘White Lodge’. He seems benign, perhaps even helpful. But we can’t claim to know for sure. We could theorise that the red-curtained room with the zig-zag floor is the ‘Black Lodge’ – it certainly seems to play host to some nasty characters. But it’s not clear-cut, not even remotely. Laura Palmer, who appears to be a beacon of goodness in Twin Peaks, has frequently been seen in this space and MIKE, the apparently helpful spirit who inhabits the one-armed shoe-salesman Philip Gerard, also resides there. 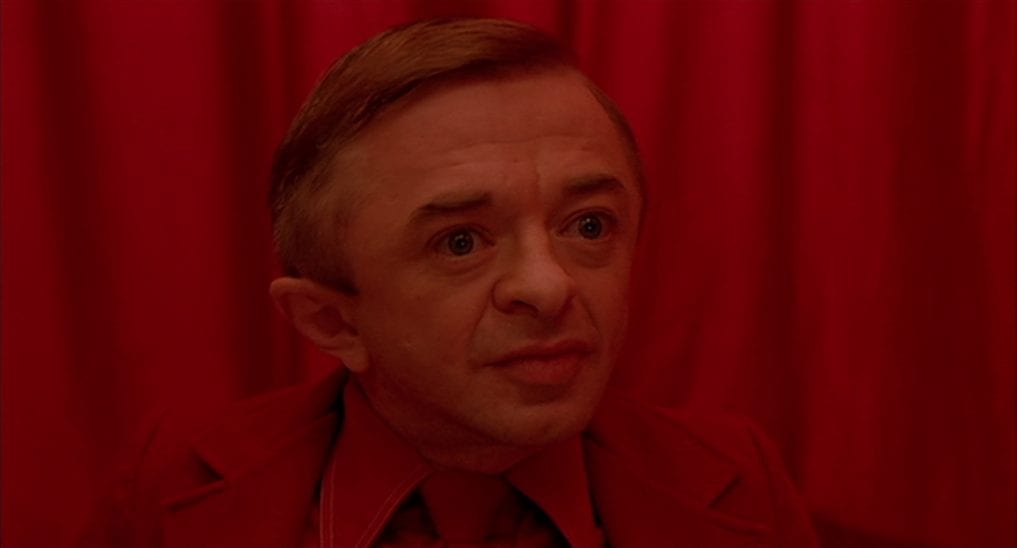 I say ‘seems to be helping’ because that is also unclear. Are these figures helpful? Are they evil? Are they completely indifferent to the plight of human beings? Throughout Twin Peaks and Fire Walk With Me, the Man From Another Place’s role seems to be constantly shifting – is he helping Cooper? Or is he in allegiance with BOB? Or both? These characters, and the spaces they inhabit, don’t easily fit into a good/bad, white/black dichotomy. Their motivations are, like their utterances and the nature of the spaces they inhabit, ambiguous, cryptic and beyond our human understanding.

And that, I think is the key to this whole thing. The longer I ponder it, the more strongly I believe that ‘Black Lodge’ and ‘White Lodge’ are ineffectual human labels – feeble, failed attempts to classify something that is beyond our capacity to comprehend. The mythos of the show goes far further than black and white, good and evil. It is (just like the morality of every human character in the series) profoundly complex and often ambiguous – but these names represent a typical human simplification in a bid to classify and understand. Who is to say that every person even perceives these places in the same way? If The Return has taught us one lesson, it is that we cannot take what we see for granted – so often there is more going on than first appears.

But we have to talk about these places – we must find a way. How else can we share ideas, communicate our theories and continue our dance with the mysteries of Twin Peaks? And so I would suggest that neutral, descriptive names, making no assumption about ‘Black’ or ‘White’, good or evil, are most appropriate. So if I talk about the ‘Red Room’, you will know the place I’m talking about. Equally, the ‘Fireman’s Space’, or the ‘Mauve Zone’ are descriptive enough to make sense, without assuming any allegiance. Terms like ‘Black Lodge’ risk imposing a presupposition onto the place. And, having watched Cooper’s plight at the very end of the series, we should all know the danger in assuming we understand the machinations of this weird, supernatural world. ‘Black Lodge’ is a term that represents a single mythology – a single take on an idea. What one culture calls an ‘inhabiting spirit’ another calls ‘the dweller on the threshold’. These are just names and we must acknowledge that names are subjective rather than absolute.

However, I recognise that this article is also subjective. It is only my view on the complex text that is Twin Peaks. The upvotes to the original comment make me wonder if I’m in a minority on this one. I would be genuinely keen to know what you think. Personally, I’m dropping the terms ‘Black Lodge’ and ‘White Lodge’ like a pair of hot bricks. They are too charged, too certain and they pertain to something I now feel is completely unsure, something I cannot claim to understand. I’m just not qualified to use those names, and I’m suspicious of anyone who feels they are – I mean, what are you, a Chalfont or something?