‘What will be in the darkness that remains? The Truman brothers are both ‘true men.’ They are your brothers, and the others, the good ones who have been with you…’ – Margaret Lanterman to Deputy Hawk

There has been a Truman running the Twin Peaks Sheriff Department for at least 70 years, ever since Frederick Truman took office in the 1940s.

It seems to be a blessed place, the one place in the whole town where bad things don’t happen. In fact, even BOB was purged twice from his hosts there, and ultimately defeated (allegedly).

Even Leland’s death can be seen as a good thing, as he was eventually freed from his demon and went into the light with his angel Laura.

It could be that Frederick Truman and his sons have been overseers of the place, guided by helpers like the Log Lady.

Hawk, Andy and Lucy all have something special about them, an essential goodness that is never sullied by the sickness seeping through the town. They all show a certain oddness and fogginess throughout season 3, which may be the thing that is protecting them from the darkness coming in.

The only bad apple in this good place is Chad, but even he is part of the Fireman’s plan.

It is a place that people migrate to after Lodge experiences. Naido is taken there for her own protection as it is apparently the only safe place for her. Even the Major and Catherine go there before anywhere else after their strange disappearances.

And finally, after 25 years of freedom, the doppelganger was returned to the Lodge. Ray’s bullet didn’t harm him as the Woodsmen were able to piece him back together. Lucy was able to stop him, though, and the Woodsmen weren’t able to finish their work. According to Sabrina Sutherland, it was always going to be Lucy who stopped Bad Coop, as David believes she is very special. 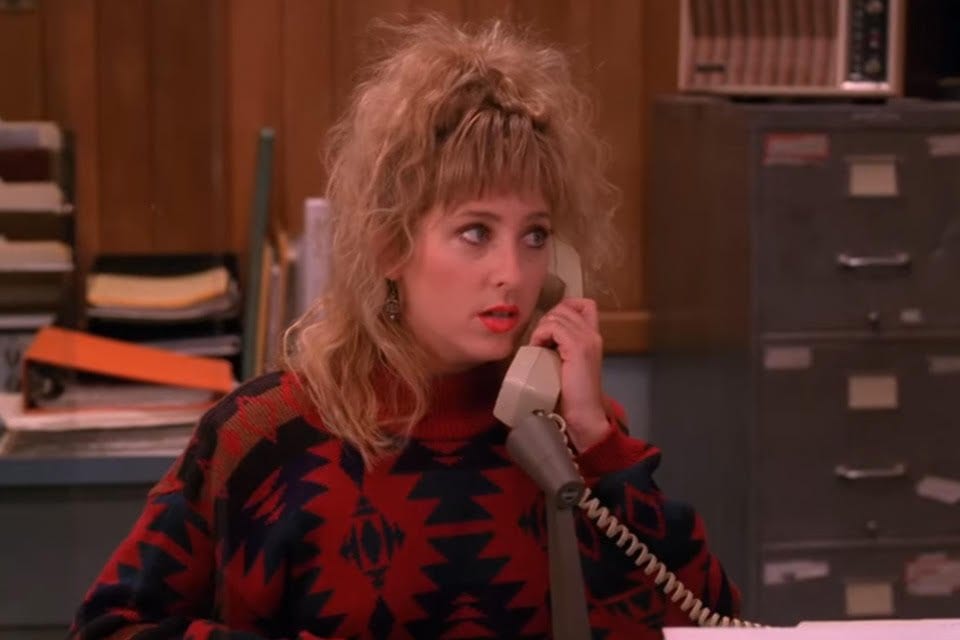 The Bookhouse Boys were founded during Fredrick’s early years in the department. Even back then, it was apparent that more help would be needed against the evil in the woods, meaning that fighting these things are an unspoken part of the Sheriff’s role.

Frank Truman took over the role of Sheriff on his father’s retirement, and in 1981 handed the reigns to his brother Harry. During Harry’s illness from 2016, Frank returned to help out for two years before handing over to Hawk. 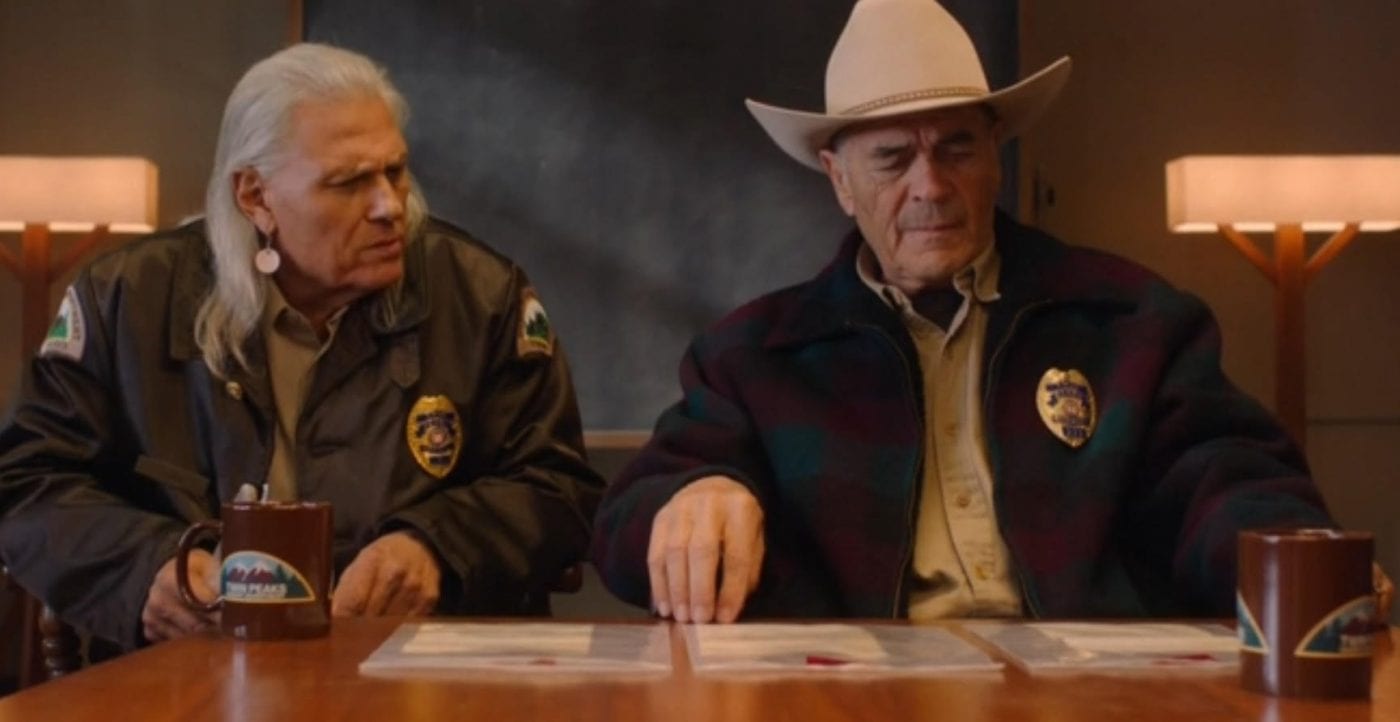 It seems an easy assumption that Margaret and Frank would have known each other their whole lives. Margaret is respected by the Sheriff department and feeds information to them when she can. Presumably, they built a relationship in the years he ran the station. And so it seems strange that in Season 3, Margaret makes these connections with Hawk instead. Perhaps it is because she knows he is the true owner of the mantle at this point, and therefore true head of the Bookhouse Boys.

It is nice to believe that the next in line will be Bobby, fulfilling the Major’s vision of him and his role in the bigger spiritual picture.

As an interesting aside, Cole and Jeffries visited Twin Peaks in 1983 to investigate Listening Post Alpha at the request of Mayor Milford and concerned residents. It seems reasonable that they would have visited local law enforcement, out of courtesy if nothing else, meaning the two may have come under the protective influence of the Sheriff station. However, it does mean that Cole would have met Harry, who was then Sheriff, which we have no indication of in season 2.

This would mean that the only member of the Blue Rose Task Force not to have visited the place would be Chet Desmond, who is the only one unaccounted for.

How could any of this have helped Laura or Dale? It probably couldn’t. The Sheriff station, although central to the main story throughout, is a constant. People orbit in and out in times of need, and the badness doesn’t infiltrate it. But how would the story have changed if Coop had taken Laura from the woods, and instead of looking back and losing her, could have brought her to safety of the sheriff’s department instead? Perhaps that would have been the only place the darkness couldn’t find her. 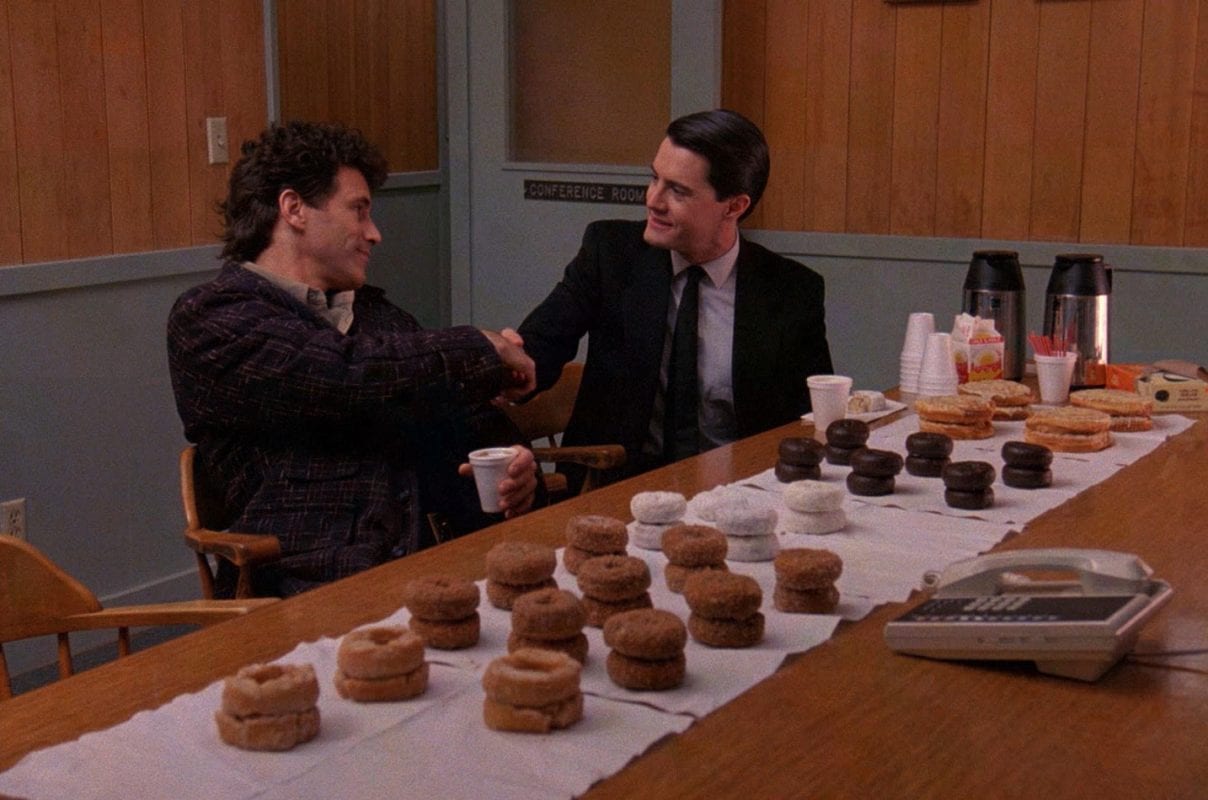