Here at 25YLSite, we handle a lot of heavy lifting. Analysis, interpretation, deep discussion, introspective interviews… you name it, we’ve got it. “Favorites” is our new series that takes a lighter approach to the material we normally cover. Each week, one of our writers will take you through their list of favorites – whether it’s moments, scenes, episodes, characters, lines of dialogue, whatever! – in bite-sized articles perfect for your lunch break, a dull commute, or anywhere you need to take a Moment of Zen. So, sit back and enjoy this week’s offering: Jon Sheasby’s favorite non-Windom Earle disguises in Twin Peaks.

I had so much fun writing my Top 5 Lynchian Redheads that I immediately started to think about my next list of “Favorites.” After going through a few options, I decided on a list of disguises, but I didn’t want the entire list to be about Windom Earle – that would’ve been easy. Instead, I decided to exclude the master of illusion and look at some of the other disguises featured throughout the original run of Twin Peaks. To the surprise of nobody, the residents of Twin Peaks really like to mask their identity for one reason or another. So, without further ado, shall we see who makes the list? 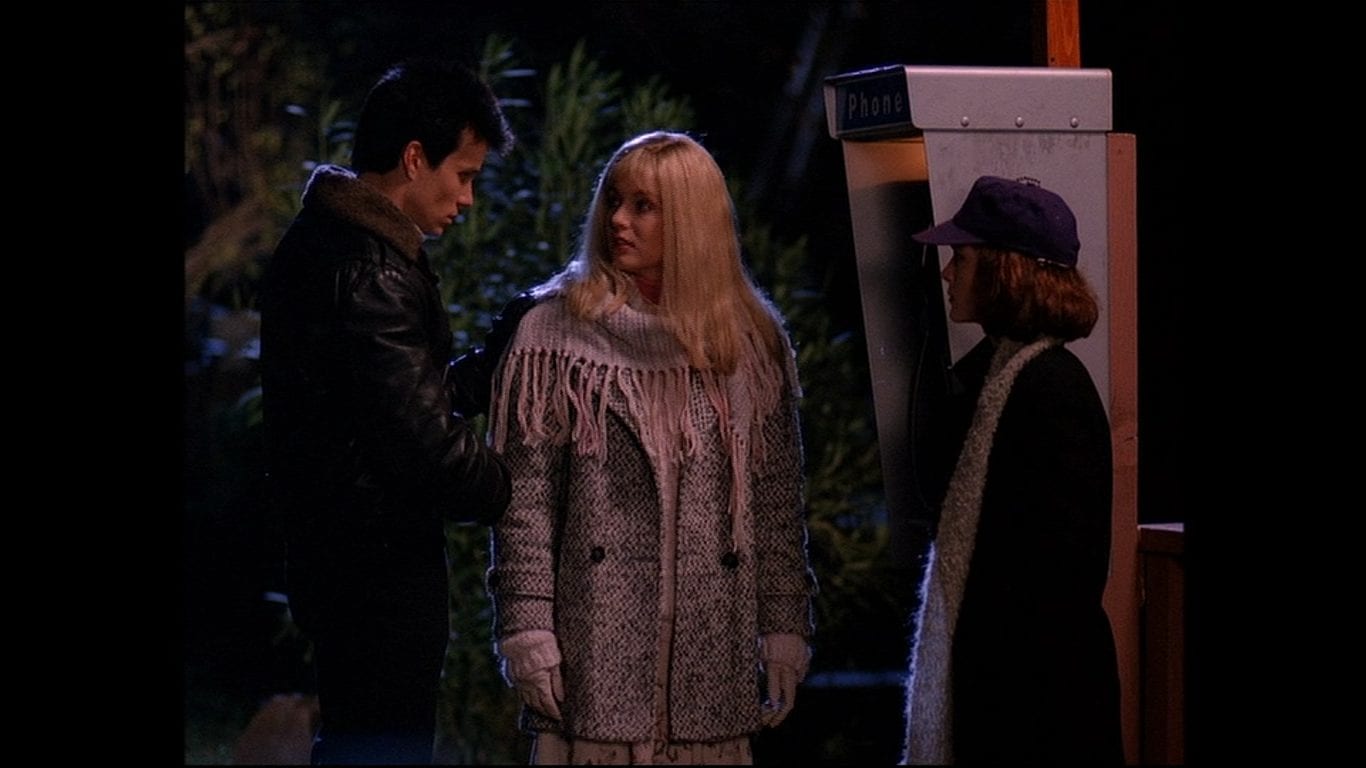 Oh, Maddy. If only you had stopped in Missoula and didn’t look so much like your cousin. Speaking of which, who better to play Laura Palmer’s cousin than Laura Palmer herself, Sheryl Lee! People often like to complain about Laura Palmer’s wig from Twin Peaks: Fire Walk With Me, but at least it wasn’t the one as worn by Maddy. That would have been unforgivable. Though, it seems like James, Donna, Bobby and Dr. Jacoby were all pretty convinced in Episode 6, huh? 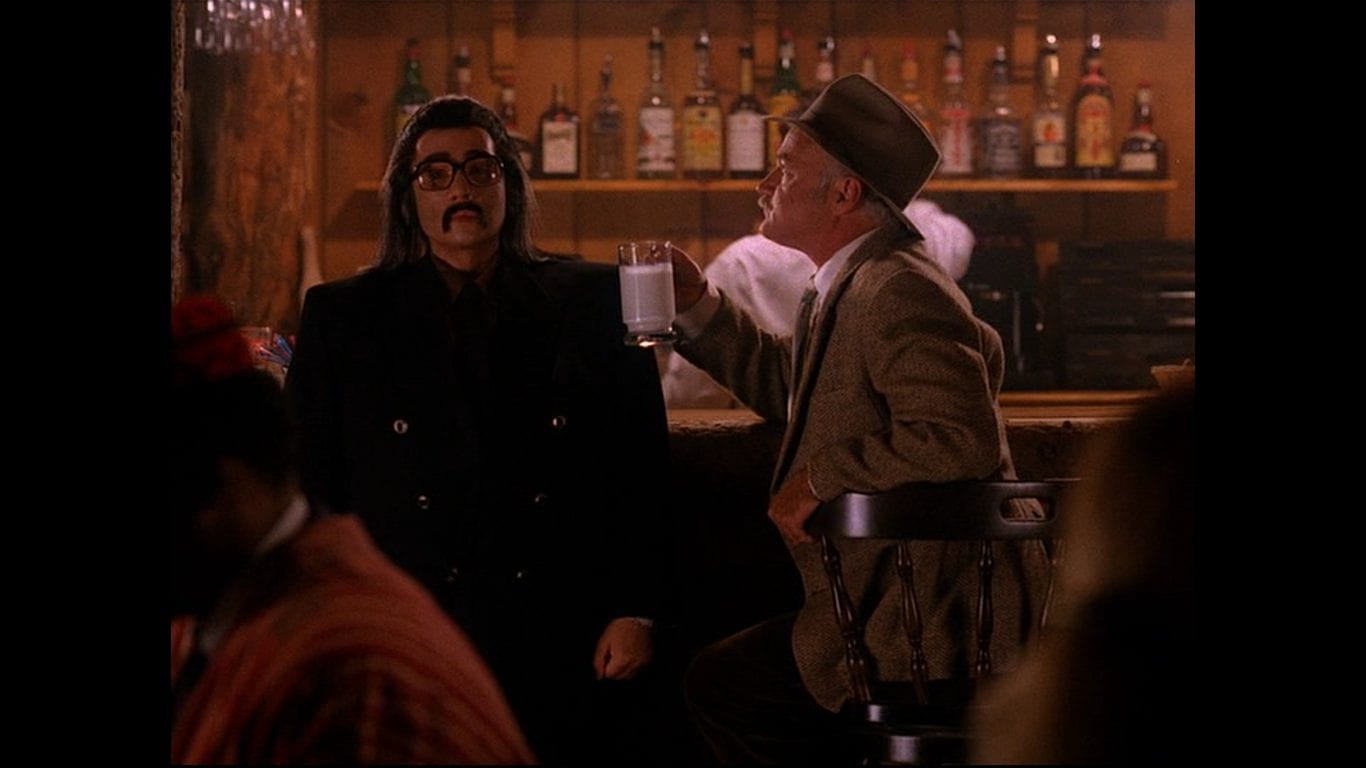 If a character like Mr. Tojamura had debuted in The Return, do you think the reception would’ve been more than a little frosty? Yes, probably. Would it have been called culturally insensitive? Possibly, yes. But, if we take the character at face value, Catherine Martell’s appearance as Mr. Tojamura is just plain silly fun. It still makes me laugh that at first, some people allegedly didn’t know it was Piper Laurie under all that makeup, which is further made even more ridiculous by the “Fumio Yamaguchi” acting credit. You gotta love Twin Peaks. You just gotta.

3) Mike Nelson and Nadine Hurley as Mr. and Mrs. Hinkman 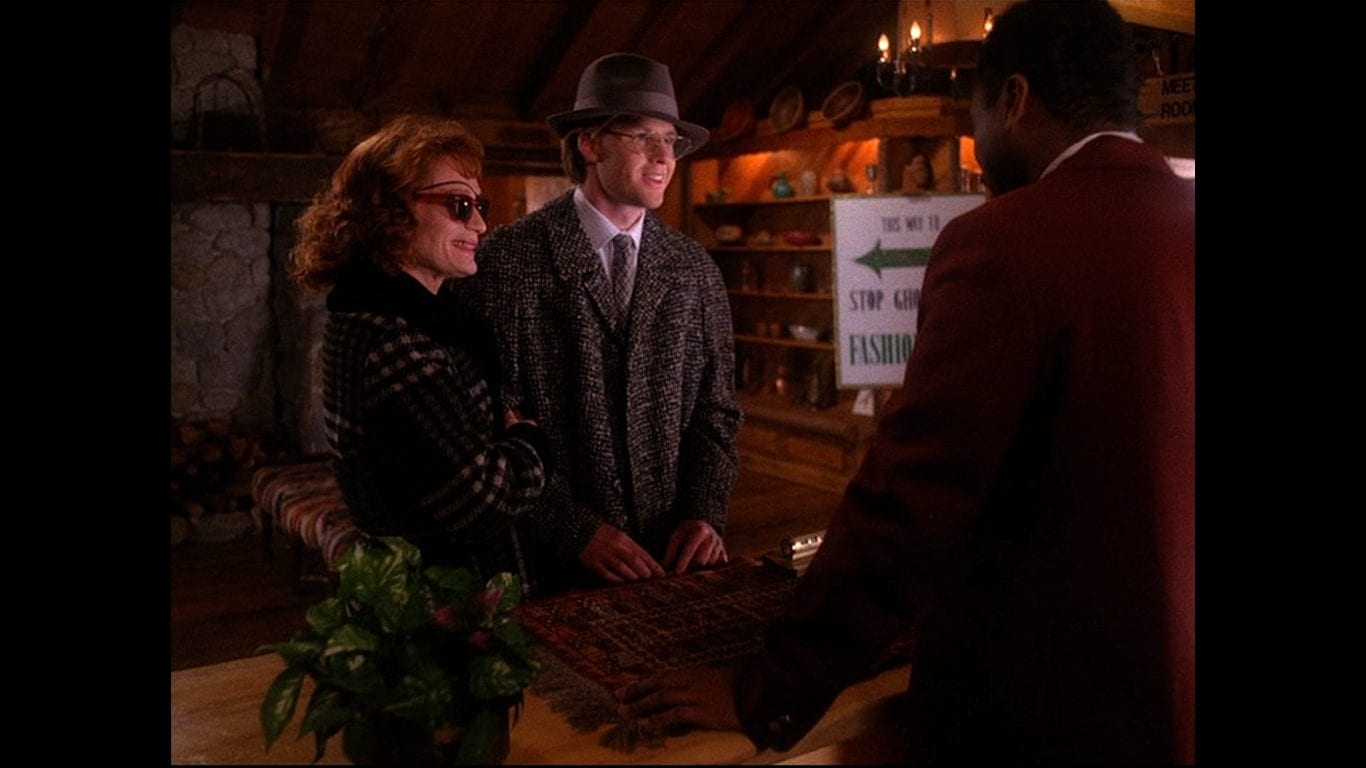 Honestly, who could’ve foreseen the second season character arcs of Mike and Nadine? A wannabe high school badass, and the eyepatch-wearing silent drape runner-obsessed wife of “Big” Ed Hurley. Surely one of the strangest and most ridiculous Season 2 storylines, yes? I love it, though. I really do. Unfortunately, their disguises didn’t last for more than a minute, as two girls from Mike’s high school saw straight through their ruse almost immediately. Still, we know they had a great night at the Great Northern Hotel! 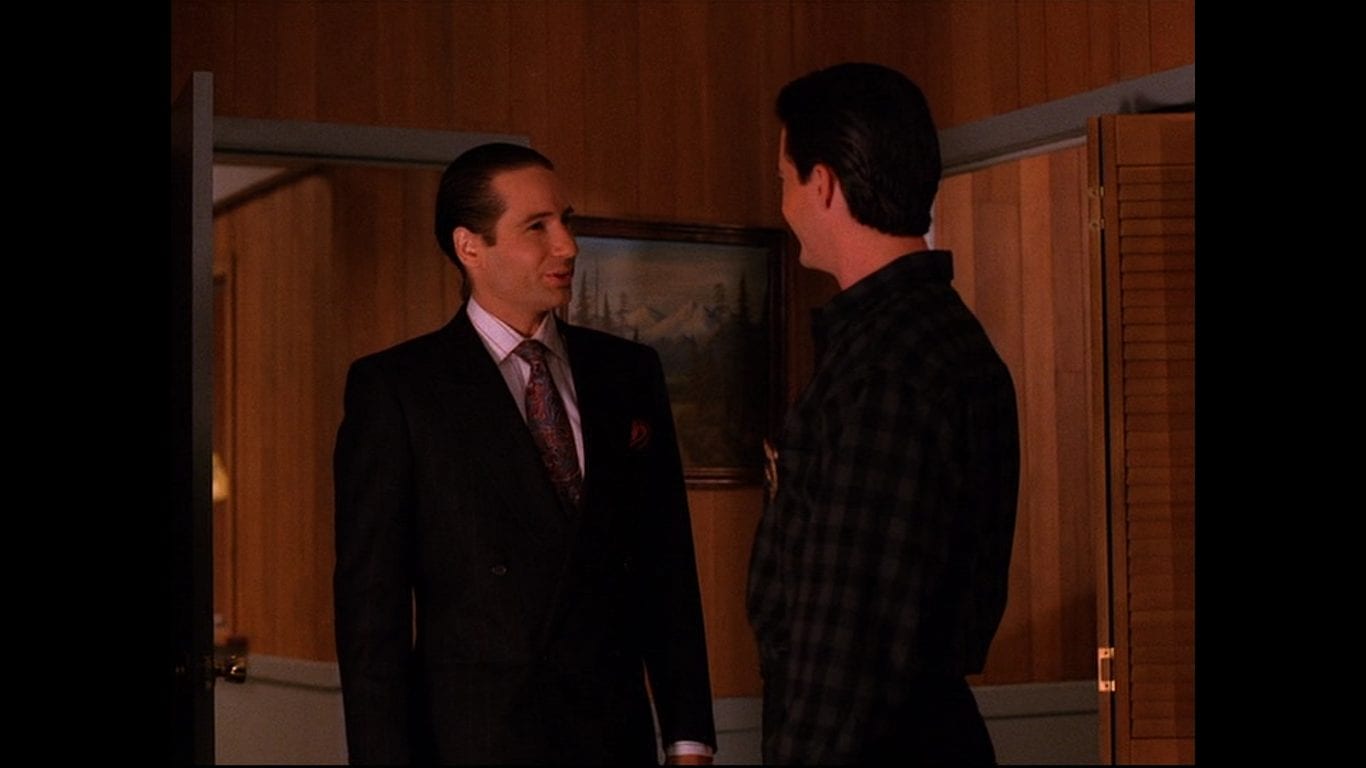 It’s a shame that we live in a world in which some people still have a problem with the LGBT community, and yet, the debut of Denise Bryson in the original run of Twin Peaks is not only wonderful but beautifully handled, too. Agent Cooper is surprised at first by the new appearance of his friend, but it takes him only seconds to embrace Denise and react with genuine warmth. It’s a lovely moment, which is bettered only by Audrey’s reaction in Episode 19 when she asks, “They have women agents?” We knew Denise was smart when she decided to dress as Dennis as a part of the sting operation in Episode 20, then later dresses as a waitress to save Agent Cooper and complete the mission, but how cool was it to see her as the FBI Chief of Staff in The Return? Yrev, very cool.

1) Agent Cooper and “Big” Ed Hurley as Barney and Fred 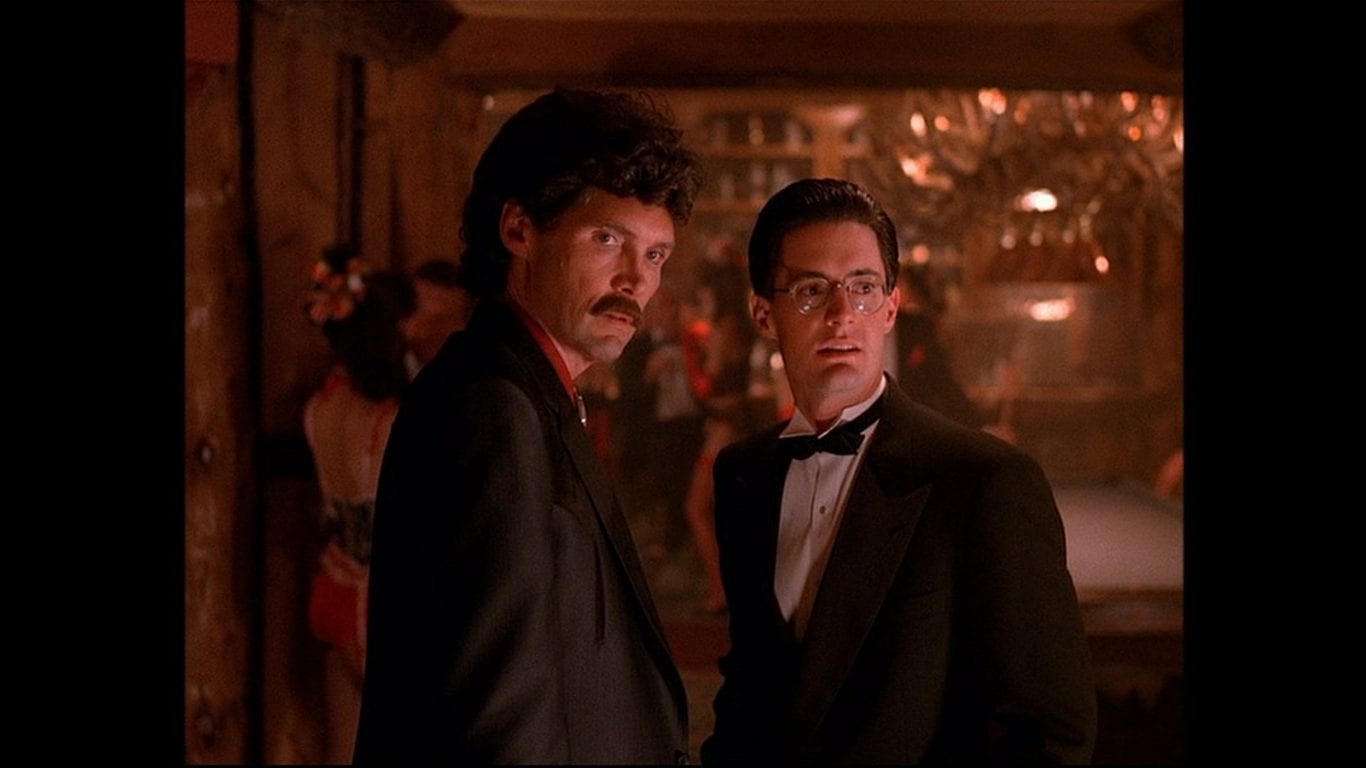 Now, this is one of my absolute favorite scenes in Twin Peaks. You’d think Agent Cooper would be able to come up with some better disguises with all that FBI money, wouldn’t you? And, Ed almost blows the whole operation when he tells Blackie he owns a gas station. This is why I love Twin Peaks. It’s a stupidly entertaining scenario, and it makes me wish we had been given more team-ups between Agent Cooper and “Big” Ed. Those two characters work so well together, and it would’ve been great to see Ed get involved with the action more often.

Those are my personal favorite non-Windom Earle disguises in Twin Peaks, so what are some of yours? Please leave a comment and let us know by following the information about our social media accounts, which can be found below. Alternatively, you can follow me on Twitter (@JonSheasby), and we’ll continue the conversation over there.