David Lynch’s use of humor throughout Twin Peaks Seasons One and Two and again in The Return is a truly dynamic and unique side to his filmmaking that can be understood in multiple aspects, all of which help us to better understand what Lynch intends to do with each individual episode of Twin Peaks and ultimately the motion of the whole show. We can see three distinct types of humor deployed by Lynch during the course of Twin Peaks.

The Pilot may be the best exposition of Lynch’s use of two different types of humor. One is an outright, silly humor that is intended to grab attention quickly and entertain the audience. These outlandish scenes include the random light flickering in the hospital examination room as Agent Cooper discovers the letter “R” under Laura’s fingernail, the mounted buck head lying on the table as Truman and Cooper examine Laura’s safety deposit box, the random high school kid dancing in the hallway, and Agent Cooper’s monologue to Diane on his first ride into Twin Peaks. Many of these scenes are explored in another 25YL article, “Favorites: Funniest Twin Peaks Scenes”. These scenes are known outside of the world of Twin Peaks fandom, and appeal to everyone due to their offbeat and openly funny appearance.

These scenes are sure to evoke a laugh, either because we are silently surprised that these things would even be a part of the scene (lights flickering in a hospital? A mounted buck head?) or because they are innately goofy and subversive to the serious and gripping narrative playing out with Laura Palmer’s death and the town’s reaction to it (e.g. Cooper’s lighthearted, sometimes naive spirit while investigating murder; his funny banter with Truman throughout seasons 1 and 2).

But this bright, silly humor is often juxtaposed to a type of darker, more sinister humor that when executed, makes us question if we should even be laughing in the first place. Scenes such as Andy crying at the sight of Laura’s body wrapped in plastic, Catherine heartlessly firing the mill employee after Josie shuts the operation down, and Jacoby’s unforgettably creepy introduction into the show (“Laura’s parents… they didn’t know that she was seeing me!”) evoke a laugh from us, but the humor is uncertain because the material is dark and offbeat. This is classic “Lynchian” humor – a certain mode of dark humor that plays well into Lynch’s suspense narrative. 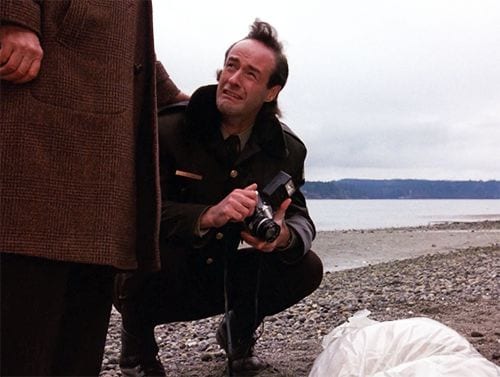 As the show progresses, both of these types of humor continue – we see Major Briggs hit the cigarette out of Bobby’s mouth and into Mrs. Briggs’ meatloaf, a genuinely funny scene; however, this humor with Bobby is juxtaposed to a darker side, where Bobby seems almost uncaring about life in the context of Laura’s death – he almost never acknowledges it and seems more interested in correcting his and Mike’s wrongs with Leo.

As we see these two distinct types of humor playing out, a new manner of humor emerges – delving into the supernatural. This is evident when we are introduced to the Log Lady in episode 1, “Traces to Nowhere”- (“One day, my log will have something to say about this. My log saw something that night.” “Really? What did it see?” “Ask it!”). This hilarious and unforgettable introduction into the mythos of the Log Lady initiates us into the idea of the supernatural aspects of the show, almost a sort of warm-up to Cooper’s infamous dream sequence- also a quirky, out-of-this-world scene (“I’ve got good news! That gum you like is going to come back in style.”). 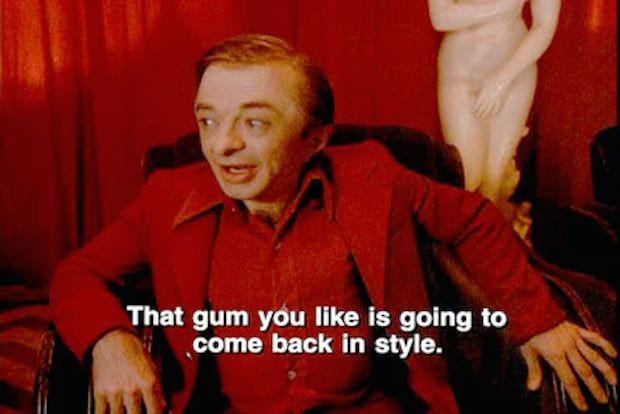 Another notable instance of this supernatural humor occurs during Agent Cooper’s Tibetan method demonstration in Episode 2, “Zen, or the Skill to Catch a Killer”. We laugh as Cooper throws a rock and hits Andy on the head (“It didn’t hurt a bit!”), but we are also silently wondering if this moment is connected to some higher power that will eventually lead Cooper to find Laura Palmer’s killer. Given the suspicions that we already have about Leo Johnson via the bloody shirt, it is surprising that Cooper hits the glass bottle when Leo’s name is read aloud, begging the question: did this quirky, hilarious scene actually mean something?

This supernatural humor shines through the whole show, and is a central part of Twin Peaks, in union with the funnier, and also darker humor that is routinely peppered into the script of Twin Peaks. Other notable instances of this supernatural humor throughout the first 2 seasons include Nadine’s superhuman strength acquired in Season 2, The hilarious opening scenes of Season 2 before the Giant/Fireman appears (Is the butler a Black Lodge entity?), and even after we discover that Bob has possessed Leland, his behavior appears comical and campy (dancing and singing constantly, driving around town with Maddie’s body in the trunk).

25 years later, The Return encapsulates all three categories of humor, expanding on the supernatural in turn with the new developments of the Black Lodge plot. One of the first scenes of season 3 involves a lighthearted Dr. Jacoby and his spray painted shovels, we are introduced to Dougie and his kid-like state of mind (including a fantastic performance by Naomi Watts as Janey E.), Wally Brando returns to Twin Peaks in hilarious fashion, and Lucy has a peculiar distaste of modern technology; on the other hand, we chuckle at the darker humor of Mr. C and his mysterious intentions (giving Jack a face massage?), Red and his strangely funny magic trick, and Diane’s unusually cynical “fuck it” attitude about the world and the FBI. 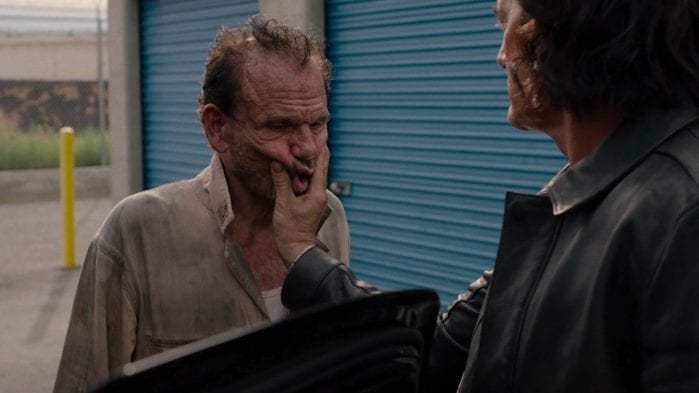 Delving into supernatural humor, we are given a heavy dose in The Return. The Woodsman’s classic “Gotta light?” line is dark enough to scare you but catchy (and skull-crushing) enough to make you want to give him a lighter through the TV screen. Freddy Sykes’ unusual superhuman hand (hearkening back to Nadine’s sudden newfound powers) is a funny addition to James’ story line, and also not to mention Mr. C’s comical arm wrestling competition at the Farm. 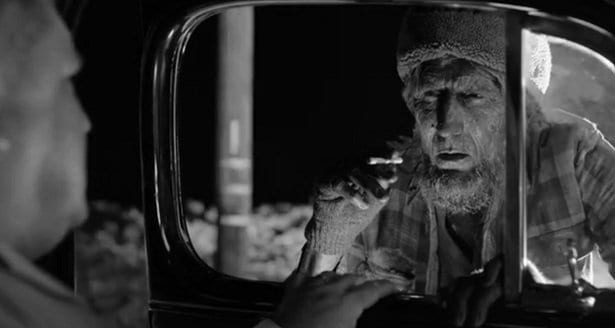 In season 3,  Lynch once again finds his humorous techniques that helped the original run of Twin Peaks become such an artistic and lovable masterpiece. All fans of Twin Peaks find something funny that appeals to them in different ways. The use of humor is truly a centerpiece of Twin Peaks and makes it enjoyable to watch, for now and for generations of television viewers to come.