Martha Nochimson, Ph.D. is a film and media critic and a professor of film studies. She was first attracted to film and media studies after reading Tania Modleski’s The Women Who Knew Too Much: Hitchcock and Feminist Theory. She eventually began to write theoretically on the representation of women in soap opera television. Later, Nochimson was inspired to write about David Lynch after seeing Blue Velvet (1986) around the time that Twin Peaks (1990–1991) appeared on ABC–TV.

To date, Nochimson has published nine books, including two Lynch–related books prior to Television Rewired. These include The Passion of David Lynch: Wild at Heart in Hollywood (1997) and David Lynch Swerves: Uncertainty from Lost Highway to Inland Empire (2013). With Television Rewired, Nochimson distinguishes Lynch as the first television series auteur. [1] She validates her critical stance with careful explication of Lynch’s contributions to television as a format and of other television series that were fundamentally inspired by Lynch’s innovations.

Her critical evaluation is candidly informed not only by careful analysis of the industry and of television series as text but also by one-on-one conversations and interviews with television auteurs. Television Rewired is an essential contribution to the still–crystallizing critical definition of auteur television (a term that still frequently appears in disaffecting quotation marks) from the unique perspective of a critic who has engaged with the medium in profound ways.

Composition of the book

Television Rewired is organized into three parts. Part One is Nochimson’s introduction. In it, she establishes her concept of David Lynch instigating a renaissance of auteur television, an influence that Nochimson calls “The David Effect.” Part Two, “The Founding Titans: Men Without Formula” explores the significant contributions of television artists David Lynch (Chapter 1) with Twin Peaks, David Chase (Chapter 2) with The Sopranos (1999–2007), and David Simon (Chapter 3) with The Wire (2002–2008).

Part Three also includes Chapter 7, “Backlash! Formula 2.0,” in which Nochimson demonstrates how auteur television has shaped a new formulaic television story product. Finally, the book’s Coda is on The Return of Twin Peaks. The book is elegantly composed to sandwich new innovations in auteur television between David Lynch’s work in Twin Peaks. The bulk of the book is invested in explicating the five television series that carry forward from Lynch’s strides in television as art. These expositions are framed by a particularized description of Lynch’s historic contributions.

Fundamentally, Nochimson argues that David Lynch was the first filmmaker to deviate from formulaic TV stories, taking mass-media storytelling out of the strictures of the industry and recontextualizing it within narrative art. Nochimson puts Lynch and his successors in conversation with classical and modernist poets like Horace (65 BC–8 BC), Sir Phillip Sydney (1554–1586), Percy Bysshe Shelley (1792–1822), and T. S. Eliot (1888–1965). [2] Ultimately, she elevates Lynch’s Twin Peaks “Return” in conversation with classical epic, arguing that the “Return” reworks the classical epic style with modernist visions. [3]

…this ‘David effect’ was nothing less than a new mass-media connection to a high-culture literary modernism that knew itself to be a revision of the classical view of reality and often commented reflexively on its relationship to the masterworks of its predecessors. [4]

Throughout Television Rewired, Nochimson compares Lynchian television art against what she calls the formulaic story product. Formulaic narrative elements are the bread and butter of the television and mass media industry. These stories are ultimately all the same.

Formulaic television requires a “perfect hero” with an untrammeled sense of righteous morality to solve a problem by expelling any obstacles of uncertainty, finally achieving perfect closure. Formulaic television reduces the scope of storytelling. It upholds a mechanistic approach to narrative that keeps shows churning out as expected and that effectively yields a passive viewing experience. [5]

By contrast, auteur television has revolutionized the format by breaking with the formulaic storytelling pattern. Instead of stringing an uncomplicated protagonist along an increasingly simplified narrative track, nonformulaic television complicates things. The perspective of the story engages with a broader scale of problems and viewpoints.

Industrial story product limits possibilities, while narrative art creates them. Nonformulaic narratives also tend to remove their protagonists (and by extension, their viewers) from the scope of traditional values and beliefs. However, the nonformulaic narrative cannot function without a character that also does not bend to the strictures of commodification.

In formulaic narratives, the “perfect hero” makes “progress toward closure, so that he or sometimes she moves smoothly along the frictionless track that the writers have put down.” [7] Almost more important, however, is the formulaic perfect hero’s essential nature: he is always relatable, and he always emblematizes normative cultural values. 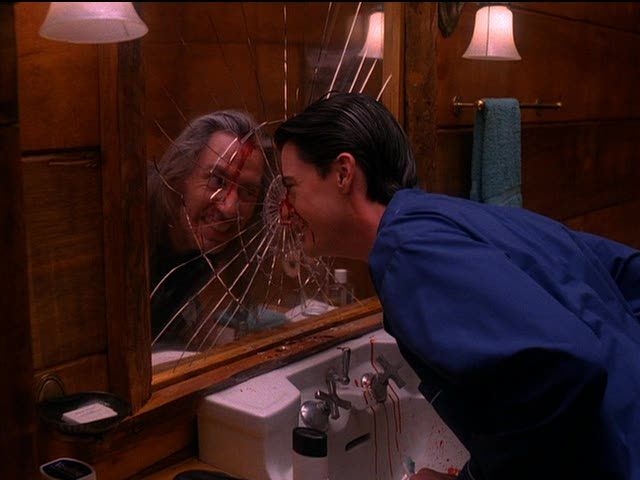 A perfect hero is easily associated with goodness and righteousness. In nonformulaic narratives, however, protagonists are neither wholly good nor wholly evil. Nonformulaic protagonists are shaped less by simplistic reassurance, more by their sociological context and by their subconscious mind.

Moreover, Twin Peaks was especially formative in shaping the figure of the nonformulaic protagonist because it “unravels” the influence of the Sherlock Holmes detective model. [8] Nochimson clarifies that the Sherlock Holmes detective figure first prompted by Sir Arthur Conan Doyle was appropriate for the zeitgeist of the turn of the 20th century’s cultural era. The Sherlock detective figure has a shrewd ability to uncover hidden truths by following material clues and a sound line of deductive reasoning.

Pre-Twin Peaks formulaic television narratives clung to this outdated protagonist model after it no longer informed their cultural moment. They mechanically regurgitated this prevailing factor of controlling certainty onto a more mature, questioning audience. Rather than calculatedly eliminating possibilities, Dale Cooper’s line of inquiry expands the scope of his investigation to a multiplicity of possibilities—possible suspected killers, accomplices, timelines, and universes. He ultimately is unable to control or understand the case of Laura Palmer’s death.

Nochimson links Twin Peaks and other nonformulaic television narratives to modernist literature. She explains that these narratives offer a view of reality that exists beyond human understanding, boundaries, and influence. Nochimson regards the advent of auteur television and as “an organic link between the history of modern literature and mass media,” advancing the human propensity for narrative art. [9]

Nonformulaic television narrative also engages the modernist style by applying new filmic devices that convey the limits of language. This narrative style requires active viewership to engage with profound and strange story concepts. Active viewership is in turn stimulated by an expanded “sensory range that shocks and teases the audience into activity.” [10] 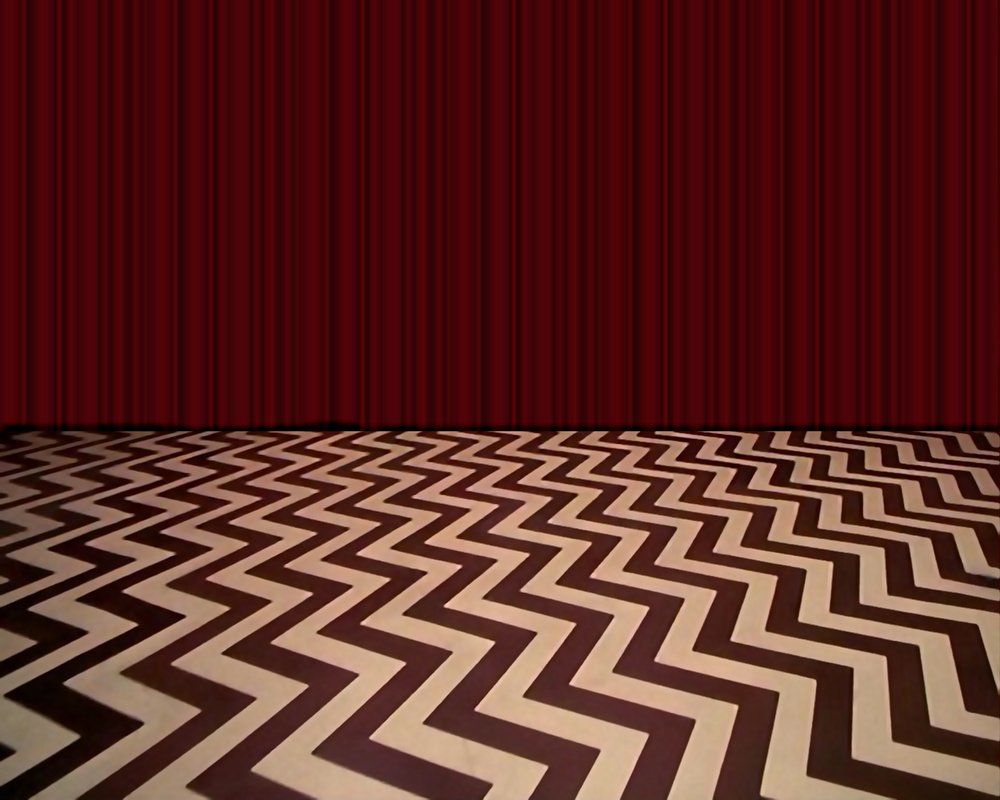 Experimentation with new filmic devices also facilitates the viewer’s immersion into the narrative realm of subconscious influence. In Twin Peaks, Dale Cooper’s methodological reliance on dreams to answer confounding questions—or indeed to devise new questions—is emphasized. His prioritization of subconscious reality invests material substance with ambiguity while conveying a sense of loose interconnectedness through a skewed depiction of language, image, and sound. [11]

Lynch fuses our subconscious apprehension of what is around us with a sense of the animate world the way the marketplace never constructs it. We become nonformulaic detectives too. [12]

Interestingly, Nochimson meditates frequently on David Lynch’s unique inspirations that propelled his modernist vision of television art: quantum theory, unified field theory, and Vedic science. She clarifies that Lynch arrived at his quantum-inspired visualization not by studying physics but through his friendship with physicist John Hagelin. [13]

Watching videos of Hagelin on Transcendental Meditation (TM), I have always pictured him as the living, breathing Major Garland Briggs. (See below.) His influence on Lynch and on Twin Peaks is subtly profound. Incidentally, Hagelin is president of the David Lynch Foundation and of the Maharishi School of Management.

Ancient and modern scientific concepts of the proverbial unknown define Lynch’s approach to reworking formulaic television’s narrative concepts. New scientific concepts like quantum theory have created a rupture in the human worldview, destabilizing shared concepts of ethics and morality. Lynch, by immersing viewers in narrative interactions with the strange and the unknown, creates art that allows people to grapple with these disorienting concepts. [14]

Grab a copy of Television Rewired or see if your local library has one.

With Television Rewired, Nochimson sets out to define the advent of auteur television. She accomplishes this survey by contextualizing television series both within television industry and the literary tradition of narrative art. Nochimson successfully qualifies each television series that she analyzes as new television art. Yet, as a reader, I felt that the organization of the book was somewhat disorienting.

Nochimson’s analytical scope is so broad in Television Rewired, and the validation of her argument is so comprehensive, that it feels somewhat dizzying to stretch the grand scheme of her thesis across such a number of television series. The strain of her argument is successfully thorough and well-proven. Nonetheless, I feel that the book’s organization would benefit from a more structured division of themes and topics across the shows she analyzes with each chapter.

I focused only on Nochimson’s discussions of Twin Peaks, but I would especially recommend Chapters 2 and 3 to the interested reader—the ones about David Chase (The Sopranos) and David Simon (The Wire). Reading the first three chapters together will provide a solid understanding of what Nochimson calls “The David Effect.” In short, it is the instigating influence of television auteurs who reinterpreted traditional formulaic narrative genres into modernist adaptations.

Television Rewired is a major contribution to defining the new tradition of television auteur. It is an invaluable resource for media critics and scholars, and I would recommend it for anyone interested in critical study of Twin Peaks.