“Twin Peaks Episode 23: A Fond Farewell” is also available in audio-visual format on the 25YL YouTube channel. Join us every day from January 30 to February 28, as we look at every episode of Seasons 1 & 2 for Twin Peaks Month.

Twin Peaks Episode 23 continues the series’ trend of wrapping up ongoing storylines, clearing the path for the second season’s final run of episodes. What’s most noticeable about Episode 23 is that unlike the two preceding episodes, which bring more recent plots to their conclusion, Twin Peaks Episode 23 ends the show’s longest-running story and sees multiple long-tendered cast members take their final bows—whether that was the original intention or not. It should be noted that while both James Marshall (James) and Joan Chen (Josie) allegedly asked to be written off the show, it doesn’t change the impact of their characters’ departures, even if those long-told stories are in fact true.

What Happened To Josie?

When Laura Palmer’s killer was revealed, the ongoing feud between Benjamin Horne, Catherine Martell, and Josie Packard became the show’s longest-running story. The feud, with its multilayered, soap opera-influenced twists and turns, is an undoubtedly rich element that serves as part of the glue that holds Season 1 together. The feud becomes of lesser importance in the second season, which focuses on the demise of Ben, Josie’s past chasing her, and Catherine emerging as the likely winner of this struggle for power and wealth.

The decision to kill off Josie, masterly portrayed by Joan Chen, serves a few purposes. First, it puts a firm end to the Ben/Catherine/Josie feud, allowing the show to push the two surviving characters in new directions. If Twin Peaks felt the need to reinvent itself after the dismal run of episodes that followed the central mystery’s end, closing this story was crucial. The fact of the matter is that despite being incredibly effective in Season 1, it had run its course, and it was time to reposition characters and reallocate screen time.

Josie’s death also foreshadows Agent Cooper’s fate. Throughout Season 2, Cooper receives warnings about fear and its literally soul-destroying ramifications. Here, with Cooper bearing witness, Josie literally dies of fear, with the returning BOB and The Little Man From Another Place appearing upon her death. They’re present to illustrate the danger Cooper’s in, a warning he will not heed.

While many have speculated over why Josie would appear in the knob of the drawer, the simplest and most likely explanation to me is that after spending the last few years of her life embroiled in a feud over the Ghostwood development, in death she literally becomes a ghost in the wood. It’s also another cruel bit of foreshadowing for Cooper. Josie is discarded and damned, and while Cooper’s fate will look different, ultimately he will be trapped in his own way after succumbing to fear.

Episode 23 also marks the final appearance of James Hurley in the original series. Now, despite the internet’s fondness for James memes and jokes, there is no denying that James, in the eyes of David Lynch and Mark Frost, was one of the show’s cornerstone characters. James is one of several of the show’s teenaged characters who begin their own investigation into who killed Laura Palmer in Season 1 and is also at the center of the show’s young-love subplots. While Twin Peaks is many things, part of its magic is its portrayal of teens and how effective the show is at conveying the complex emotions younger people were feeling as a result of the death of one of their own. 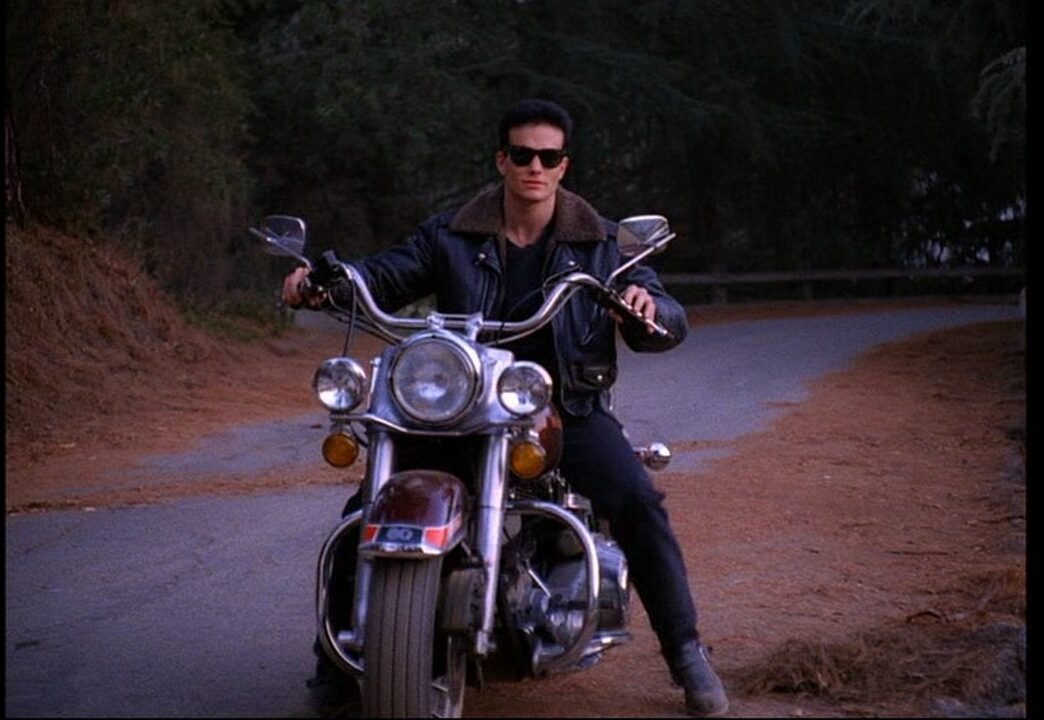 While James does lose his way in the show’s second season, writing him off the show, even if the intention was to bring him back eventually, was a serious move. James receives a sizable amount of screen time, having him leave town allows Twin Peaks to establish new characters in his now-unoccupied place of importance. Furthermore, writing James off the show can be seen, whether directly or indirectly, as another attempt in moving the show in a post-Laura Palmer direction. James as a character is so heavily identified with our dead girl that no matter what he could go on to do, he would always be associated with Laura. By removing him, the show continues to fade Laura’s ghost into the background, creating a new identity for the series.

Something I found particularly sad about the James story when recently rewatching this episode was how he, much like Sarah Palmer, never recovers from Laura’s death. James leaves town to get away from all this pain and tragedy, an attempt we’ll discover to be futile. In The Return, James is stuck working a dead-end job, relieving his glory days of singing with Maddy and Donna at The Roadhouse, stuck in a cycle of pain he just can’t quite escape. James loved Laura, unlike so many who used her, and 25 years after her death, he still longs for her, still sings his song for her, and still can’t run from his pain like he tries to do at the end of Twin Peaks Episode 23.

Some of the strongest parts of this episode are the scenes involving Hank Jennings, played by the marvelous Chris Mulkey. Hank, while not in the pilot episode like Josie and James, joins the show in early Season 1 and is the recipient of major screen time and plot importance henceforth. In this episode, Hank is on his way back to prison, and Norma is leaving him. Hank Jennings is also leaving the show. 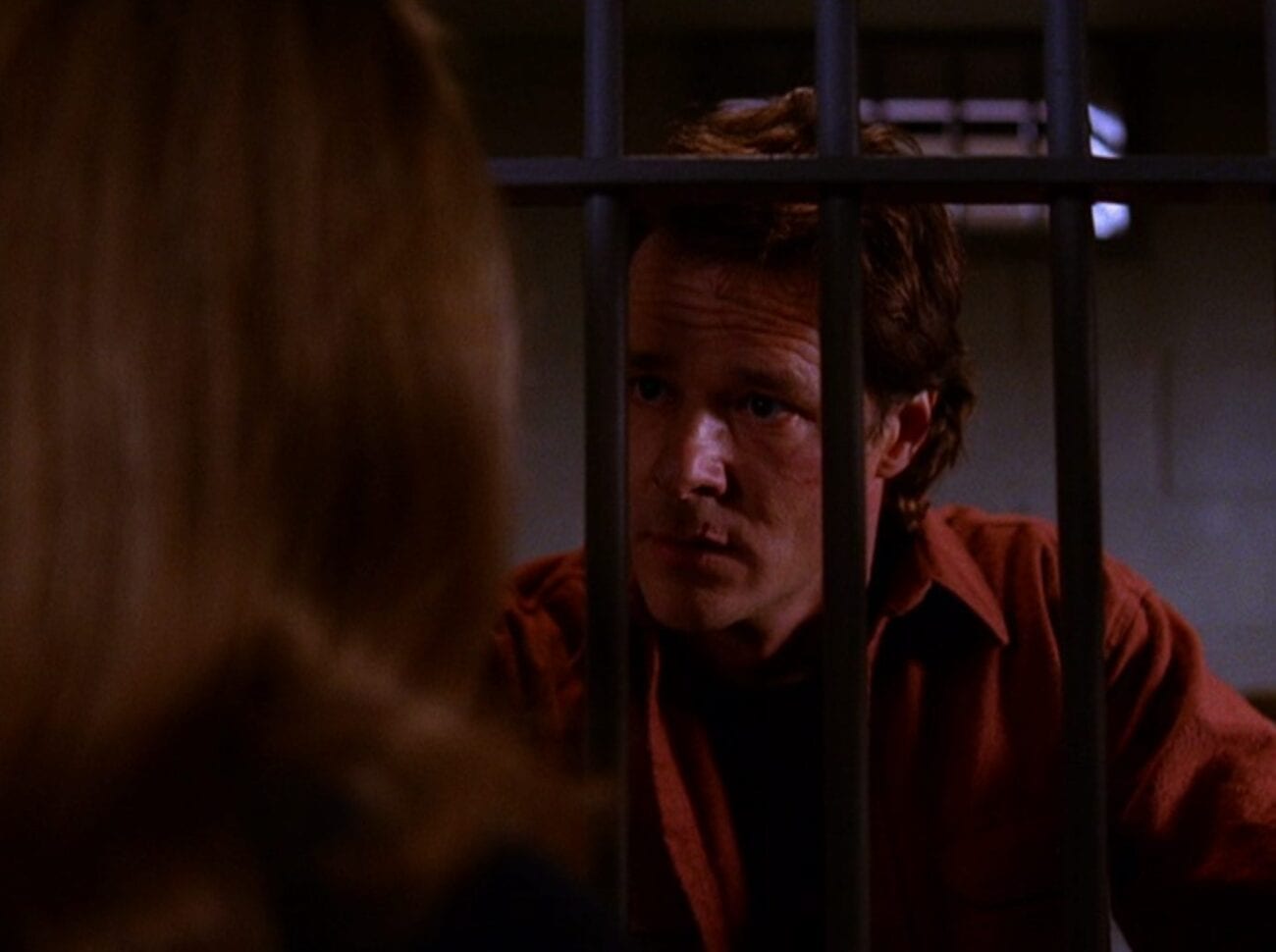 Hank’s exit coinciding with Josie’s departure makes sense because they’re so interconnected. Hank leaving the show also allows the Norma/Ed/Nadine love triangle to heat up. More so than Josie’s death or James getting on his bike and going, writing off Hank really feels like a poor decision. A character like Hank can adapt and survive anywhere. He could’ve continued on without Josie being around, finding other characters to scheme with or against. He even could’ve turned a blind eye to Norma and Ed to keep himself out of prison. Hank is a character who could advance plots and work the writers in and out of interesting situations, as well as an established and believable villain. Writing Hank off the show feels short-sighted, even if the idea was to somehow bring him back in time.

In With The New

Writing series regulars such as Josie, James, and Hank off the show (this was also Jerry Horne’s final appearance in the regular series, although he wasn’t written off) ended several long-running storylines and opened up a lot of screen time. These departures and the additions they allowed created a soft reboot of sorts, paving the way for the final six hours of Season 2 to focus on new characters and new developments.

John Justice Wheeler, portrayed by Billy Zane, arrives in Twin Peaks Episode 23, as a character designed to further both the Audrey and Ben Horne subplots. Both father and daughter were in dire need of a new direction as characters, and JJW proves to be the mechanism to do just that. He helps Ben continue on his new path of honesty, a story that will go directly to the Season 2 finale, and provides Audrey with a way to finally step out away from being intertwined with her father, Agent Cooper, and Laura Palmer.

Knowing what we know now, neither Ben nor Audrey have happy endings. Ben’s quest to be a good man leads him to a life of solitude, as depicted in The Return, forced to live with the consequences of his many actions. Audrey, more tragic in the fact that JJW had showed her that love and happiness were both possible, suffers injuries as a result of her activism and is the victim of a sexual assault that will leave her pregnant with the closest thing to a demon child there is possible. Episode 23 shows such hope for both Ben and Audrey, yet fate has completely different plans for them. 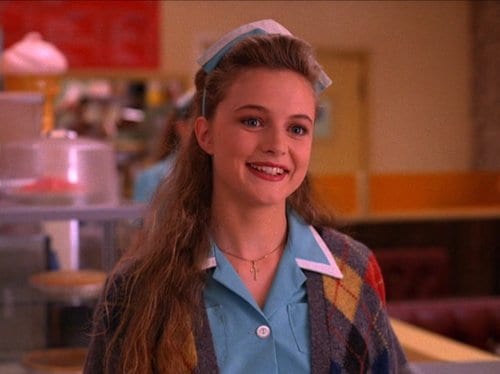 While not seen on screen, Annie Blackburn’s arrival in Twin Peaks is announced here, as Norma sets the stage for her younger sister’s arrival. Annie serves as a damsel in distress, a character designed to lure Cooper into the trap that will wind up costing him a quarter-century of his life. While Annie mostly serves as a plot device, her character’s appearance in Twin Peaks: Fire Walk With Me and lack of appearance in The Return have made the character’s following and interest in her grow over the years.

Breaking Up Is Hard To Do

This episode also features Nadine breaking up with Big Ed. Nadine, despite still being under the impression that she (and Ed) are teenagers, is ready to exit her relationship with Ed to pursue a future with Mike Nelson. Ed, despite his never-ending concern for Nadine, is ready to take advantage of this to embark on a future with Norma.

This breakup is fascinating to dissect. It obviously doesn’t hold, with Nadine returning to her normal state in the Season 2 finale with no knowledge of her desire to end things with Ed. One has to wonder if, on a subconscious level, Nadine had been ready to end things with Ed for many years prior to ultimately leaving him in The Return. While we as viewers are quick to point out that Ed stays in a relationship he doesn’t want to be in, is Nadine just as guilty of the same thing? While her reasons for staying are different than Ed’s, nevertheless, Nadine doesn’t leave either, despite something deep within herself seemingly ready to for many years.

Twin Peaks Episode 23, while of a higher quality than most after Leland Palmer’s death, is nowhere near the bar the show sets in its first season, or in the Season 2 episodes prior to Leland’s death. That being said, this episode certainly gets credit for its ambition.

Episode 23, when looking at the Twin Peaks franchise as a whole, signifies the beginning of the attempt to regroup and salvage the series. Again, the two episodes prior wrap up loose ends, but those are primarily recent subplots, and this episode is a full chapter closed on key series players such as Josie, Hank, and James while positioning new players such as John Justice Wheeler and Annie on the board. The writers were going big and redirecting, setting the wheels in motion for a captivating final act, and the legacy of this episode lies in clearing the table and resetting it, allowing that final act to take shape.