Facing part 11 of The Return, I decided to go back and see what I’ve seen so far and what questions still remain. I’ve aimed both high and low, as you surely will see. The questions I chose are enigmas yet to be resolved (or not!) surrounding heavy subjects most likely essential to the plot line, as well as smaller things and observations that are still capturing my curiosity.

As above, so below.

I did this as a little recap for myself, and I hope that my questions will function as a little reminder for the reader. So ask yourself these questions, and mind that not everything must have an answer.

PARTS 1 & 2
* When is the black and white scene between ??????? and Cooper taking place? Is it, as I believe, a scene from the future that we will see again?
* What’s up with the insurance man who talks to Lucy, and why did he leave so fast looking almost ill?
* There’s something strange about Hawk finding his way to Glastonbury Grove and being the red drapes – the scene isn’t talked about again. Is it in the future as well?
* What, really, was that fleshy thing police found in Bill Hasting’s trunk?
* Did Mr. C actually kill Jack, or did he just tell Darya that he did?
* What did Laura whisper in Cooper’s ear this time?
* The Arm’s doppelgänger screams ”Nonexistent!”, but the subtitles says ”non-exist-ent”. Why?
* What caused the scratch marks on Mr. C’s mysterious ace of spades/symbol card?

PART 3
* Who is Naido, and what happened to her?
* Exactly how was Dougie manufactured?
* Most people know that Cooper’s shoes were left behind when he transmitted to the ”real world”. But what about the FBI pin that he had on as well? What happened to it?

PART 4
* What, if any, is the significance of the owl that Cooper and the limo driver sees and hears in Las Vegas?
* Why was there a bouquet of flowers on a chair in Denise Bryson’s office?
* Will we learn more about Danny Craig /the boy who overdosed at Twin Peaks high) and the Chinese designer drugs?
* Why is Mr. C talking so strangely in jail, repeating himself and having a different voice?
* Who was the FBI’s ”man in Colombia” that Albert and Gordon are talking about?

PART 5
* How did Dougie Jones’ wedding ring end up in the headless body?
* Why did Cooper start to cry when he saw Sonny-Jim in the car?
* Why do they buy coffee for Frank (at Lucky 7 Insurance) if he never drinks it anyway?
* What is so mesmerizing about the cowboy statue to Cooper?
* What were the circumstances for the other 16 hits on Major Briggs’ fingerprints?
* Who is Mr. Strawberry?
* Who did Mr. C call from prison to deliver the message ”the cow jumped over the moon”?

PART 6
* Why is Sonny-Jim turning the lights on when he’s about to sleep? And why does he call it his ”cowboy light”?
* For how long did Dougie Jones and Jade have an ”affair”?
* Why isn’t Janey-E noticing that her husband’s wedding ring is missing?
* And if Dougie was the bearer of the Owl Cave ring, why isn’t anyone asking him where it is?
* Mike states that one of the Coopers must die, hinting that only one Cooper can live in the world. But for how long can they both do, since we’re now at part 10 and they’re both still around?
* Why is Cooper drawing ladders and stairs?
* Is the bar name Max Von’s a reference to the amazing actor (and fellow Swede) Max von Sydow, or something/someone else?
* Considering that Red practices magic and holds out his left hand while asking Richard ”Have you ever studied your hand?”, is he a practitioner of the Left Hand Path?
* Why did Carl Rodd move his Fat Trout trailer park from Dear Meadow to outside of Twin Peaks? ”I’ve already gone places. I just want to stay where I am.”
* Why is Richard driving someone else’s truck when he’s got his own car?
* Why is no one except for Carl Rodd running over to the poor mother and her dead son, but instead just standing around shaking their heads?
* Carl Rodd disappeared in the woods as a child along with the Log Lady and another boy. Is this event the reason why he seems to have a special spiritual ability, just like the Log Lady has?
* Will Ike the Spike be able to get over the tragedy of his bent spike?
* Who put the pages on which Laura wrote about Annie in the bathroom stall door?
* Are the pages really from her secret diary? In a chronological timeline, she’d already given it to Harold Smith when she had the Annie vision.
* How in the world was Chad able to become a police officer and how is he able to keep the job with that shitty attitude of his?
* Who is Linda?

PART 7
* What’s on the one page that Hawk says is still missing?
* What illness is Harry S Truman suffering from?
* Why doesn’t The Farmer want to talk to Andy, why is he so nervous and why isn’t he showing up when they’re supposed to meet later?
* Did Richard kill The Farmer, and what’s in that house?
* Where is Major Briggs’ (physical) head?
* Did Lieutenant Knox see the woodsman in the corridor, or did she just sense some kind of presence?
* Who took the picture of Mr. C outside his fancy house with the palm trees and pool? And how did the FBI get that picture?
* Was Diane always a heavy drinker?
* Why didn’t Ike the Spike shoot Cooper sooner? (I’m glad he didn’t, but it seems like he could have.)
* How could a chunk of Ike’s palm stick to the gun and be torn off his hand like that?
* What’s that sound in Ben’s office?
* What’s wrong with Beverly’s husband Tom?
* How is Jean-Michel Renault related to the Renault brothers from season 1-2?
* Who is Billy, the guy Bing is looking for? And who is Bing?
* What’s up with the scenes at the RR where the customers suddenly are sitting in different spots than the second before?

PART 8
* Does warden Murphy really think that he will just get away with setting two of his prisoners free like that?
* How did Ray get his hands on a gun?
* What’s making the woodsmen appear after Mr. C is shot?
* What are the woodsmen doing to Mr. C’s body, the soil and the blood? Some kind of ritual?
* Where did BOB go, if anywhere?
* What’s up with the pinecone on the microphone stand at the Roadhouse?
* Is the Experiment the same as, related to or altogether different from the Experiment Model?
* Did the orb containing BOB come from the Experiment, or did BOB ”catch a ride” with the eggs to enter the world?
* Is ???????’s and Señorita Dido’s residence the same place as where Cooper med Naido in part 3?
* What is that frog-moth-cicada-creature?
* Why does the bearded killer woodsman so badly need a light?
* What effect will the above creature have while inside of the young girl?

PART 9
* Is Mr. C arriving at the place referred to as The Farm? If so, why isn’t Ray there waiting for him?
* Are the people by the corner of the house at the farm dead, passed out or sleeping?
* Who acted as a middle man/woman for the text that Mr. C wrote and that eventually was sent to Diane?
* Is Bushnell Mullins’ body language (the fist and the somewhat sour face) a reference to Lil from Fire Walk With Me?
* Was Dougie Jones manufactured in 1997?
* Why did Johnny run full speed and head first straight into a wall?
* Is Diane working with Mr. C?
* Is Diane trying to backstab Mr. C, or is she unaware of that Mr. C is connected to the text messages?
* Is there something more about the scenes with Jerry in the woods than just him being high and lost out there? A metaphor for something else?
* Why is Chad reading a gun magazine on his lunch break?
* Is the sound in Ben’s office related to the sound that Major Briggs’ metal container makes when Bobby throws it on the ground?
* Is the drawing inside of the container showing some kind of astrological position of the moon and the sun, similar to how the map to the Black Lodge worked?
* Why is Tammy posing and acting weird a lot?
* What really happened when Major Briggs’ died?
* Did Ben do anything further with the 315 hotel room key after the last we saw of it?
* What is causing the rash that Ella is suffering from?

PART 10
* Why are so many people living in trailers?
* Will Miriam survive Richard’s brutal attack?
* What’s up with the frequent and many red objects like balloons, scarves, coffee mugs, shoes etc.?
* What will it take for Becky to get some help to get out of the abusive relationship with snotty Steven?
* What’s wrong with Candie?
* Pardon my French, but who the hell plans for a birthday for 6 months (except for Janey-E)?
* Is Nadine living at her office?
* Does Nadine have a crush on Dr. Jacoby?
* Where is Big Ed? Are they separated, like Ben and Sylvia seem to be?
* Who is Chad trying to fool with his bullshit display of what a nice day it is? Lucy is smarter than that.
* Did Chad actually pick up the wrong Miriam letter?
* Johnny’s talking teddy bear robot has real human teeth – whose are they? 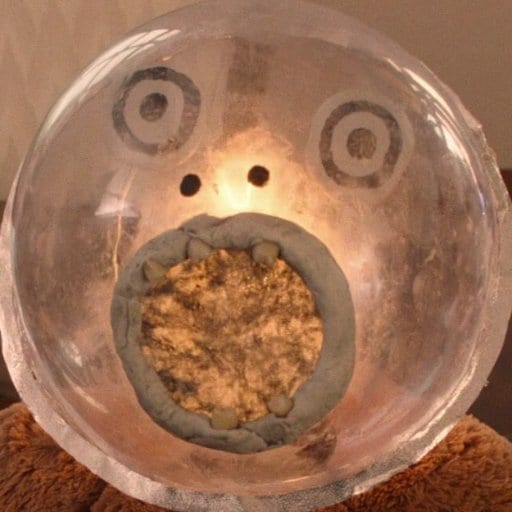 * What did Constance and Albert talk about during their dinner?
* What was Gordon drawing in his hotel room?
* Was Gordon’s vision a cry for help from Laura and the other side, or maybe a warning about something?
* What was it Gordon said he could sense was wrong when he had hugged Diane?
* Who is the second man next to Mr. C on the photograph from the glass box in New York?
* Was Albert being sarcastic when he referred to Diane’s text as ”heavily encrypted”, or was the text indeed written in code?

Those are some of the questions that I have!

Thank you for reading, and leave your own questions in the comments if you like! 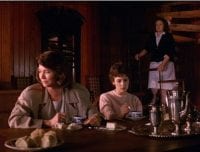