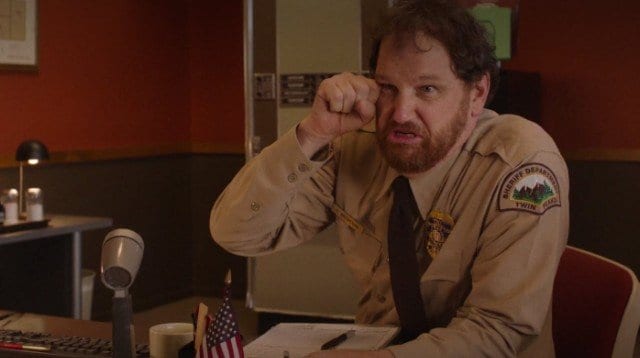 It is 4:01 PM on July 16, 2017. I am calling you today to lodge a complaint about that walking hemorrhoid you call Deputy Chad Broxford.

Before I do, please let me offer my deepest condolences for your recent and terrible loss of your son. Also, I would like to offer my best wishes to your brother Harry with his illness. We in the Koehler household are sending our best thoughts for his speedy recovery. I am so sorry for what you and your family have been, and are going through.

There is no easy segue so if you don’t mind, Sir, I will just get straight to the details of my complaint. I have been keeping a tally of Deputy Chad’s inappropriate and criminal behavior:

I will continue updating this list until something is done about that collection of caligenous junk known as Deputy Chad. He’s a menace to our good society. A menace, I tell you.

Sheriff Truman, we already have too many police officers in this country who operate under impunity while their toxic masculinity and entitlement gives them a free pass for all kinds of bad behavior. It is bad apples like them and Deputy Chad who give law enforcement a stain on its name. Please remove him from active duty immediately before someone gets properly hurt by his actions and/or negligence.

To Deputy Chad’s credit, though, his image featured above is the most effective troll banishing tool I’ve ever found online. He’s so darn awful, even the people who are just like him don’t want to be associated with his punk ass.