It’s been fourteen Parts of Twin Peaks: The Return and we just want Our Cooper to do something. We want him to wake up from this odd Dougie Jones phase of his existence and take action. Any action, at this point. Our “hero”, our “protagonist”, joined a conga line once, is that something? And he knows how to use a bathroom by himself now (I think). But how’s that getting him ready to confront DoppelCooper when he barely knows how to confront pie? Is it going to be like that Ike the Spike scene where Cooper reacts only to contain the provocation? Based on what I can gather, probably.

Before The Return, Cooper was our protagonist, and our audience surrogate. And because Kyle MacLachlan’s starring in every episode, Cooper’s our audience surrogate now as well, isn’t he? Don’t we long for those days. All CooperDougie seems to do is exist and enjoy himself. What kind of proactive conflict resolver is that? This is not the kind of guy who you’ll expect to see dive into battle for the good guys.

Except as Mat Cult said in his article about the Upanishads, it appears DoppelCooper is essentially a Tulpa, who is doing everything he can, as Counter Esperanto’s Karl Eckler put it, “to ensure he can not be exorcised” from our plane of existence. He’s in control, his appetite is filled well here, and he wants things to stay as they are.

And then there’s CooperDougie. Who, if you get right down to it, is DoppelCooper’s goal. He exists. He is, he experiences, he enjoys. He is a perpetual state of Be. CooperDougie is a spiritual message about mindfulness, existing in the universe as an equal partner with everything. This is Lynch’s history with Transcendental Meditation brought to life. This is No-Mind territory.

Karl Eckler brought up the No-Mind recently, a state of pure consciousness rooted in Hinduism and Buddhism, and does it ever apply to CooperDougie. It doesn’t mean being absent-minded or to be without a mind, it merely means being able to respond to things in the world spontaneously without any discrimination. In No-Mind state there are no thoughts, no beliefs, no anger, no fear, no notion of anything at all. There is merely reaction. There is detachment from everything including material possessions, even family. No-mind is not against direct intuition or awakening to something transcendent. In fact, in this state you are pure just like “God.” Duality (Good/bad, light/dark etc.) doesn’t exist and you can see everything only with love and compassion. In No-Mind you are in a state of bliss. A bird, a human, a tree, a rock, a cup rolling across the ground, are all part of nature, and you become nature. You become the same as the smallest particle, and as “God”, because if everything is a part of “God” that means everything is “God.” In this No-Mind state, this state of no deliberate mind, you take control over the cosmos and you can control nature. If you can kill the mind (does that remind anyone of a Lynch-created line in Dune?) an ocean of pure consciousness awaits and it comes with some supernatural powers as a dividend. As a prominent example I keep coming across in my research, Jesus’ miracles of water to wine, and the loaves and fishes, can be credited to him achieving a total state of No-Mind (but you don’t have to, I’m not trying to redefine your faith if you have it). If CooperDougie continues to be in this perpetual No-Mind state I believe we will see him intuitively tap into similar reality shifting powers in regards to when he needs to deal with DoppelCooper. 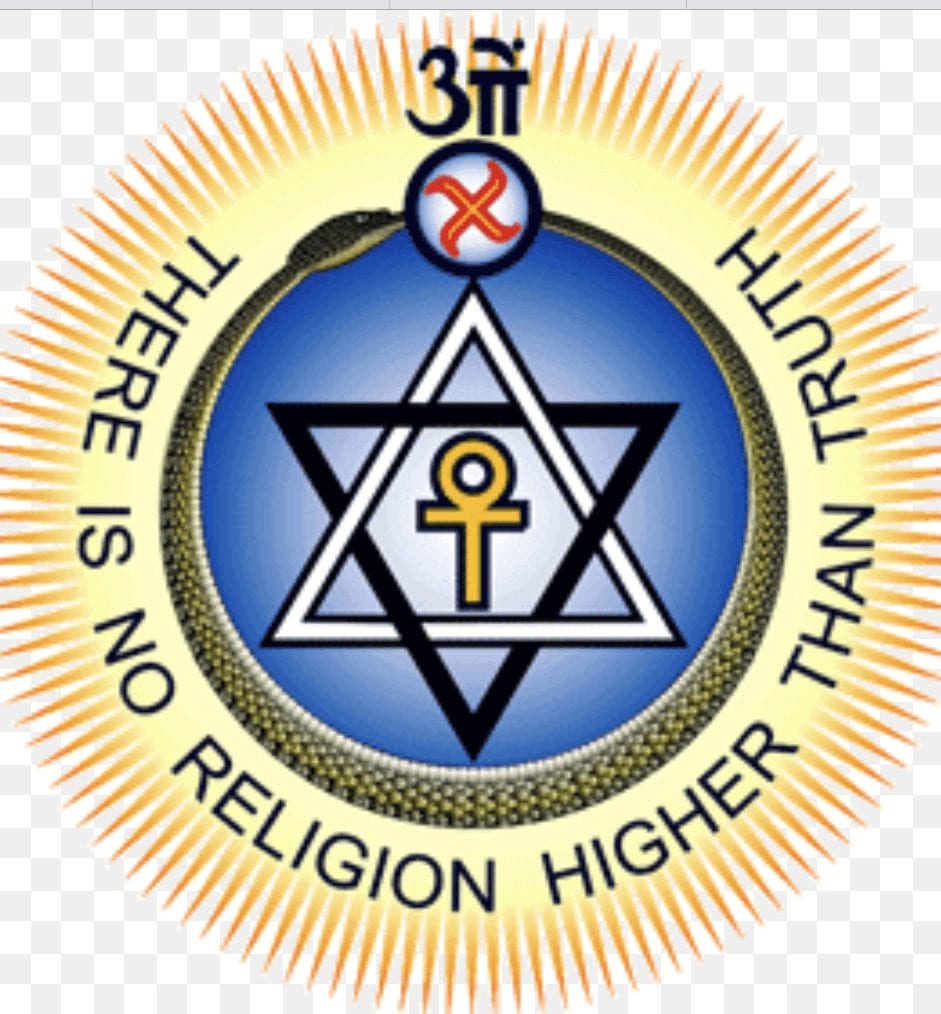 David Lynch is obviously familiar with TM and No-Mind, but it is also well within Mark Frost’s wheelhouse. Buddhism and Theosophy have common roots, and Mark Frost has been including Theosophical touchstones into the lore of Twin Peaks since at least Season 2. Theosophers engage in analysis of the universe, humanity, divinity, and the reciprocal effects of each on the other. Helena Blavatsky, major proponent of Western Theosophy and one who may be visually referenced by Senorita Dido in Part 8, declared one of Theosophy’s objectives is to investigate the unexplained. Antoine Faivre wrote “The theosophist dedicates his energy to inventing [and at the time ‘inventing’ basically meant ‘discovering’] the articulation of all things visible and invisible, by examining both divinity and nature in the smallest detail.” This knowledge through meditation is believed to change the being of the meditator. This appears to mean reaching a state similar to No-Mind through observation by way of Scientific Method.

Theosophy and Freemasonry have commonalities as well, as Frost will have you understand by steeping the lore of The Secret History of Twin Peaks in Masons vs Illuminati. In the book, Masons are clearly represented as the positive “good guys” of the piece, beginning with Meriwether Lewis, who had his mason garb on his person at the time of his death. One particular part of Mason lore is a concept known as Ascended Masters, and I’ve heard it said that this concept may be in play with both Garland Briggs and Dale Cooper.

Ascended Masters are believed to be spiritually enlightened beings who in past incarnations were ordinary humans, but who have undergone a series of spiritual transformations originally called initiations. Ascended Masters formerly learned the lessons of life during their incarnations. They gained mastery over the limitations of the physical world, balanced at least 51% of negative karma, and fulfilled their Dharma (Wally Brando again turning out to be important to a thematic undercurrent?). An Ascended Master, in such an understanding, has become “God”-like and a source of unconditional “Divine Love” to all life, and through the Ascension has united with his or her own “God Self,” the “I am Presence” (possibly embodied in The Return by DoppelCooper). As of Part 14, the Ascended Master concept has been highly implied as the fate of Garland Briggs, a possible fate of Laura Palmer from her scenes in present day leading to the Golden Laura Orb in Part 8, and is a loomingly probably fate for our favorite Special Agent as well.

The climax of The Return may not have anything to do with a superhero battle as implied by the Fireman assembling his team (currently Freddy with the electrically-insulated rubber piledriver glove, Andy Brennon, Part 1 Dale, and I’ll go out on a limb and suggest Diane Evans). I believe what will come of the climax has everything to do with Cooper-by-way-of-Dougie becoming an Ascended Master of sorts, and his love and compassion (much as Dido and the Fireman’s Golden Orb) will create a hope in the universe that somehow supersedes DoppelCooper’s single-minded ambition. This will be our final conflict’s resolution. As dire as DoppelCooper’s powerful offensive may appear, as in control as he may seem, DoppelCooper will lose in the end. And as violent as it may be up until that climactic moment, there will likely be no physical battle. DoppelCooper will be loved to death as part of the same thing as Cooper as part of the same thing as the universe. He will be loved into becoming part of things once again. And because our worldly (and learned) concerns about narrative and television conventions (that Frost and Lynch are using to their advantage mind you), we should be fairly blindsided by how this conflict will be actually be resolved.

In a less existential way, there is a scene in Cowboy Bebop that constantly comes to my mind when thinking about CooperDougie. The show’s main character, Spike Speigel, is attacked by a man with a knife named Rocco, and Spike barely moves as he sends Rocco to the ground. Rocco asks him how he did it. 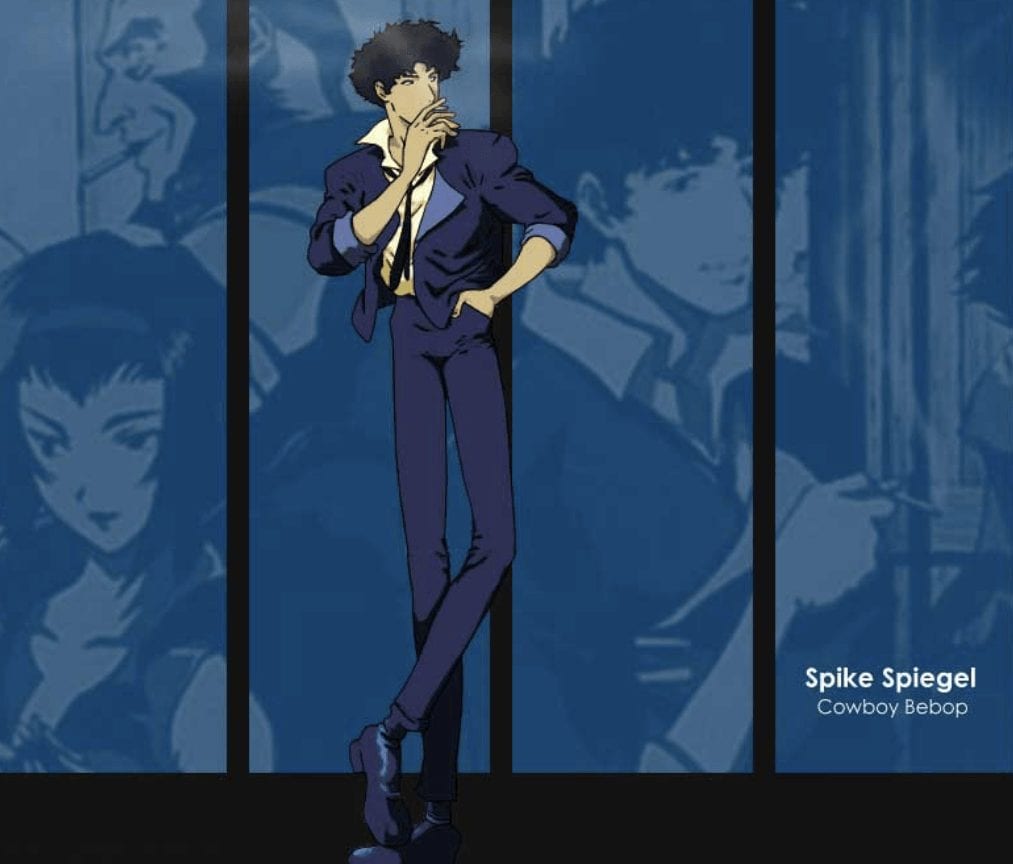 Spike: “You’re tense, I’m calm. You apply excessive force; I control that force through fluid motion. That means relaxing the whole body so it can react instantly without resistance–no, without thought. Do you see now? It means becoming like clear water.”

Spike: “Right. Water can take any form. It drifts without effort one moment, then pounds down in a torrent the very next.”

CooperDougie flows like water, whether it’s going with a conga line or karate-chopping Ike the Spike. He becomes what he needs to be in each situation and experiences all of it as he goes. He is a fluid identity that observes more than acts, absorbs rather than participates, and his ability to Be will allow him to continue to Be. And this man, our paragon of how we should be living, is our protagonist.