In my previous article, Dale Cooper’s Yellow Brick Road, I made some humerous-with-hindsight guesses of which characters could be compared to characters in Wizard of Oz, though I did settle on Cooper being all the yellow brick road travelers in one. I’m not going to reassess my picks even though Part 14 made a fantastic case for Andy Brennan being the Cowardly Lion. What I am going to do here is fix my big omission and make my pick for the big guy himself–the Wizard of Oz: the enigmatic and difficult-to-find Phillip Jeffries.

Everyone from Gordon Cole to DoppelCooper needs answers from Phillip Jeffries, just as everyone had a request to make of Oz’s wizard. Jeffries is mystical, his name is involved at the heart of everything, and there is no known limit to his abilities and expansive reach. He seems rather omnipresent. These are all perfectly reasonable attributes you hear associated with the all knowing, all powerful Wizard of Oz as well.

Not to mention Jeffries seems to be living in non-existence and Oz the All Powerful is a holographic non-physical presence in his own chamber. I believe Jeffries is just as imposing and looming an artifice as that giant Oz head, and equally a false identity masking a truth.

Not an also-force in an independent location, the quieter Phillip becomes the force pulling the strings around him, and the Waiting Room regains its prominence as the place where the plans come together.

He’s not just the Lodge version of Phil Bisby luring CooperDougie from location to location making sure CooperDougie doesn’t die, when taking Cooper from room to room to his boss the tree.

The Evolution of The Arm seemed to be the thing in charge at the Waiting Room but again there’s something to remember: that tree used to be Phillip Gerard’s Arm. He was part of Phillip rather than Phillip being part of his Arm. That makes Gerard successfully two for two on the Undercover Boss scorecard as the root identity for both Phillip Jeffries and the Evolution of the Arm.

But those are not his only identities. The important characters have three now, after all (duality is so 25 years ago). The third part of Phillip Gerard is simply Phillip Gerard, the shoe salesman. And that’s the Phillip who needs to fulfill the most important Wizard of Oz parallel: deliver the shoes to the protagonist. 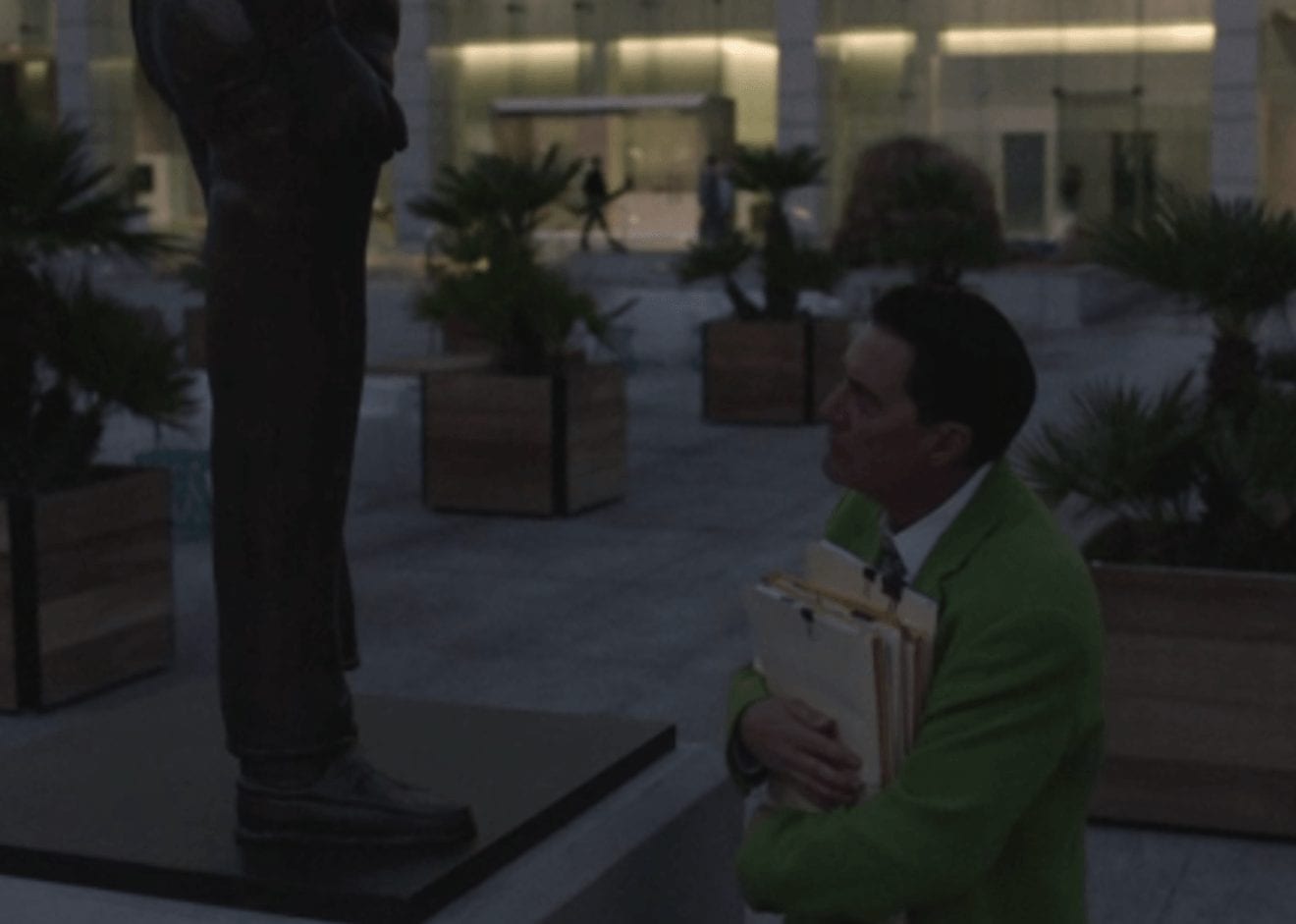 The shoes, left in a location Gerard has genuine ability to get to, may be all-black businessman shoes rather than ruby slippers, but they complete the look, and they complete the longing CooperDougie’s had since he spent half the night regarding the shoes of the lawman statue outside the Lucky 7 Insurance building. I still think those shoes are the last missing piece CooperDougie needs before he can become himself again, even moreso than Norma’s pie. The shoes, after all, are literally foundational.

The only question left is where will Cooper go when he puts his shoes back on? Does he complete one final Wizard of Oz parallel and go somewhere in black and white, perhaps? 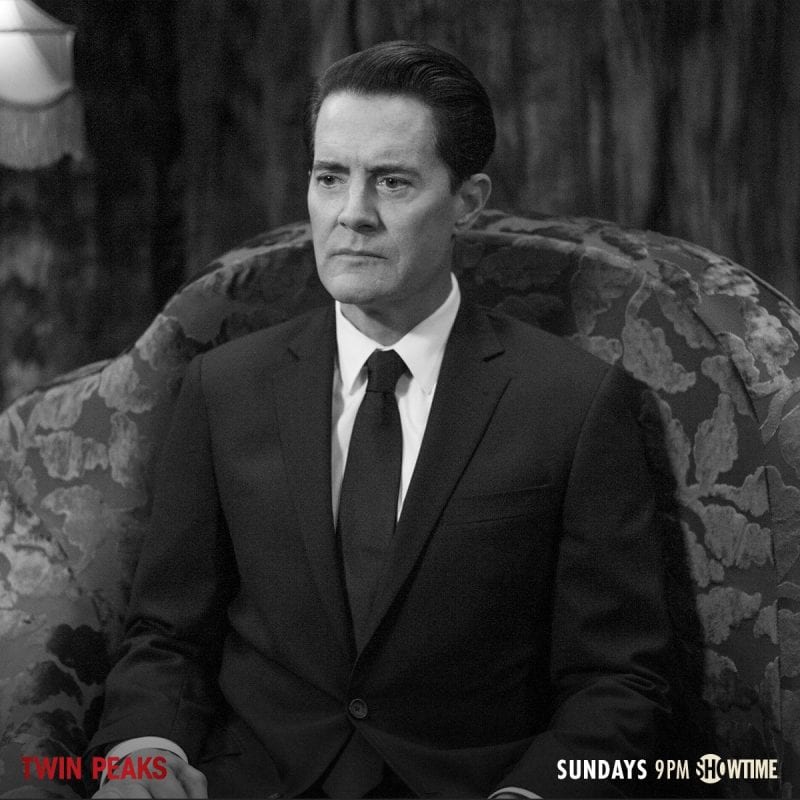