As we are here so close to the end, I want to go right back to the beginning.

I really have felt all along that those first Sam and Tracey scenes, the ones sans sucked-off heads, are going to be integral to the bigger picture.

It always felt that we were watching a flirtation that has been going on for a while, but that they don’t know each other really very well. 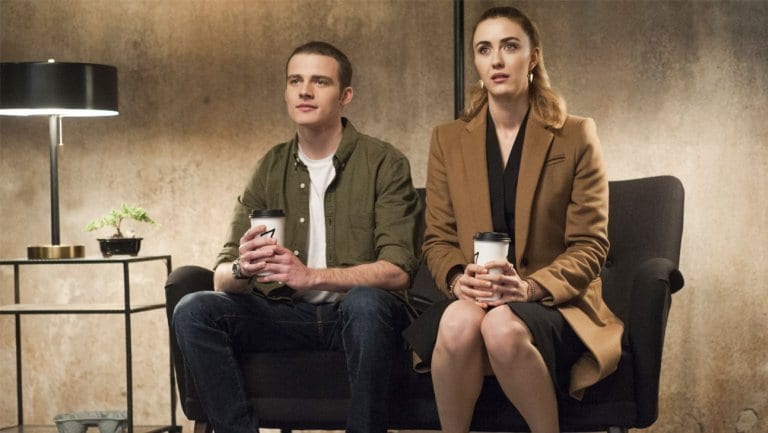 Tracey is possibly a barista in a branch of Szymons, like the one in Vegas. The Z on each cup is prominent, and Sam makes a point of turning his cup so the Z is facing us once he is sitting down. With coffee being such a huge part of Twin Peaks, the lifeblood that runs through all three seasons, and fuel to our heroes, it isn’t a huge leap to have it become a clue of sorts.

So, suppose they met in a coffee shop downstairs, or nearby, that he visits on his way to work.  How then does Tracey know where he works? He says they aren’t allowed to tell anyone the box room exists, so it didn’t come up in some random coffee shop chat. She probably has never asked him either, because he makes a point of trying to impress her with the secrecy of the place, which she doesn’t already know.

Tracey turns up with coffee everyday in the hopes of being invited inside, but she also tried to see the key code. She wants to get in either way, whether he is there or not. So she isn’t there for Sam particularly, although she flirts heavily enough each time.

On first watching these scenes, I got a real Norman Bates feel from Sam. There is something not quite the innocent clueless worker about him. Also, the comment about her not getting back out if the guard returned felt vaguely like a threat.

I think it isn’t impossible that Tracey may be the one who Mr Todd says has ‘got the job.’ That is, of course,  if he didn’t mean Lorraine, if he really is orchestrating everything on behalf of Bad Coop, and if Bad Coop really is behind the box. The billionaire stuff has always just been hearsay.

Something appeared in the box even before Sam was employed. The FBI don’t seem to have that information, even though they went all the way back to the shot of Bad Coop and an accomplice. So when did it happen, and what was there? It didn’t harm the previous employee, but it scared him enough to give up the job and not go into detail about it. But not enough that he felt the need to warn Sam.

Plus, even though the elevator can be clearly heard inside the room, Sam didn’t hear the guard leave. So I suspect the guard went down as Tracey came up, meaning they passed each other. 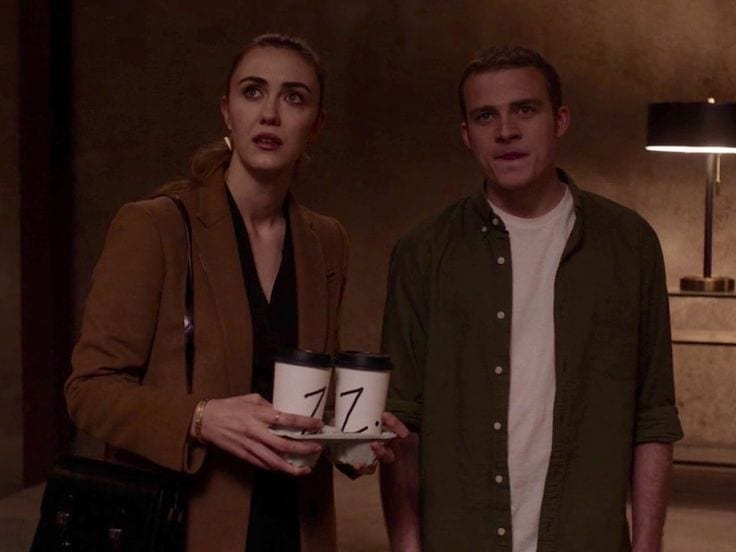 Everything about these two scenes, and the fact that they occurred at the beginning and end of parts 1 and 2 lead me to believe they are integral. I don’t trust the timeline of them. Right from the start it felt like we were being shown to much. That empty bathroom shot lasts just a little too long, and I always feel like I’m supposed to be seeing something there.

Even now, 3 months, and 15 episodes later, I still haven’t figured out Tracey’s motive for wanting to get into that room. If she wanted to get her claws into a cute boy, there are plenty of places that could have happened outside of work time.

And let us not overlook, in all of this, that it was a female voice that asked him to move the camera.

I wouldn’t be surprised if we see Sam and Tracey again, and if this beginning sequence and the creature escaping into the world, and maybe even Coop being reborn into the box, doesn’t actually occur somewhere near the end of the story.