This is a guest feature written by Hannah Searson who previously wrote Ghosts, Sympathy and Bearing Witness in Twin Peaks: The Return. Hope you enjoy!

Hysteria is gendered. It comes from the Greek, hysterikos (ὑστερικός), meaning ‘suffering of the womb’. Granted, the term originated later than the Ancient Greeks – they had their own misogyny in their medicine to be dealing with, but I wanted to make that point first. Hysteria is gendered.

And yet women, as the past few weeks have made perfectly clear to all of us, have plenty to be angry about, to be hysterical about.

I personally remember being 16 and having my day ruined by someone yelling at me from his car as I walked home from school. I remember a middle-aged man grabbing me by the arm in the street to tell me my haircut made me look “damaged”. I remember friends and family joking about sexual assault, even rape, and physically shaking with the urge to punch them, because maybe then they’d understand my anger at what they were saying.

I was never good at containing that rage.

I have always ranted and screamed and generally “made a scene” at anyone who hurt me like that.

And I think it’s part of what drew me so deeply to Twin Peaks. It wasn’t so much that its female characters are ‘genre-defying’ or ‘strong’ or whatever. I actually think descriptors like that are, for the most part, utterly useless. But these women were weird, and they were furious. And I was too. Objectively weird and, a lot of the time, burning with rage.

I have loved Laura’s scream as much as I have been haunted by it. The terror and rage on display in Fire Walk With Me is something that I think is important for me to remember. I’m thinking particularly of the scene with Harold Smith, when Laura’s face contorts and she screams and sobs. And of the scene with Leland and Philip Gerard by the side of the road. And of her wrenching Donna away from the men in the nightclub. And of her final living moments. Each and every time it was this performance of life as rage that struck me. Laura’s rage, her terror and her horror combined, coming out as inarticulate and savage. 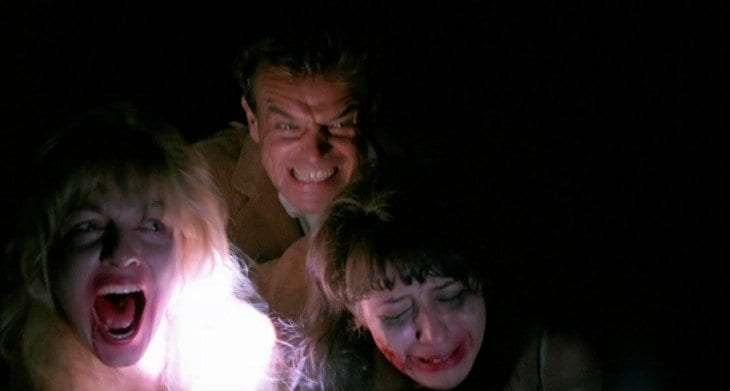 To that point, there’s an essay by the classicist and poet Anne Carson called “The Gender of Sound” where she talks about how, for the Ancient Greeks right up to today, too much sound is characterised as feminine, unrestrained and wild. According to men, this “formless” sound is also in need of the “civilising hand of man”.

“Woman is that creature who puts the inside on the outside”, she writes and Twin Peaks understands that. The woman’s wails as she runs across the high school courtyard with news of Laura’s death, Donna’s sobs, Sarah’s screams – all of this hysteria, this inherently gendered reaction comes from the pilot episode alone.

I could talk for days about the vagaries of gendered storytelling in Twin Peaks, and it’s absolutely fascinating, believe me, but for now I want to stick to these moments of inarticulate, uncontrolled rage from The Return.

“Listen to the sounds” is the very first thing we’re told in The Return, so that’s what I did. The first sound we truly hear is the wail of the courtyard woman as the show recaps old trauma, and the final sound is Carrie’s scream. This show is bookended by uncontrollable outbursts of emotion and rage from women. Carson writes “Every sound we make is a bit of autobiography”, and in Laura’s case, her story begins after her death. It stands to reason that the sounds she is associated with are pure emotion and come complete with the full horror entailed by the events of her murder.

But these screams don’t have to be as all-encompassing and powerful as Laura’s screams. One of the most memorable moments of The Return for me, in all its strangely emotional familiarity, was Charlyne Yi’s cameo as Ruby, the girl who is disrespected by men, crawls slowly on the floor of the Roadhouse and emits the most amazing scream of rage and frustration. That scene encapsulates the consequences of patriarchy – the dismissal of women (especially women of colour – it’s no coincidence that Ruby is one of the very few non-white women of Twin Peaks) when they become inconvenient, and that awful feeling of being invisible, of having no purpose and no recourse to help. She’s young and she’s alone in a crowded bar, so she screams because how do you articulate all that feeling and frustration? I’ve always wanted to scream like that – completely uninhibited. Ruby’s scream is the rage fuelled by ordinary indignities, ordinary suffering, rather than the otherworldly horrors faced by Laura. Susan Sontag equated sadness and powerlessness – maybe rage is then something like catharsis.

Or maybe catharsis is bullshit and I should just scream for its own sake. Like Sarah. She might not be literally screaming, but she has become consumed by her rage. Her rage is directed at men who would harm women, it’s directed at the world that caused her to lose every last tether she had to her life, it’s probably directed at herself as well. Her moans at the end of Episode 17 were, to paraphrase Carson, those of a woman whose insides are now outside. When she stabs the portrait of Laura, I’m not sure it specifically does anything in terms of plot. I think it’s the nonverbal equivalent of a scream. I think it’s a royal Fuck You to the universe, to Cooper and to us, for daring to tell her how to grieve and to move on. Because to take away the reason for her grief is to take away her existence, which is what Cooper tries to do in saving Laura, thus destroying Sarah herself. No wonder she’s furious. 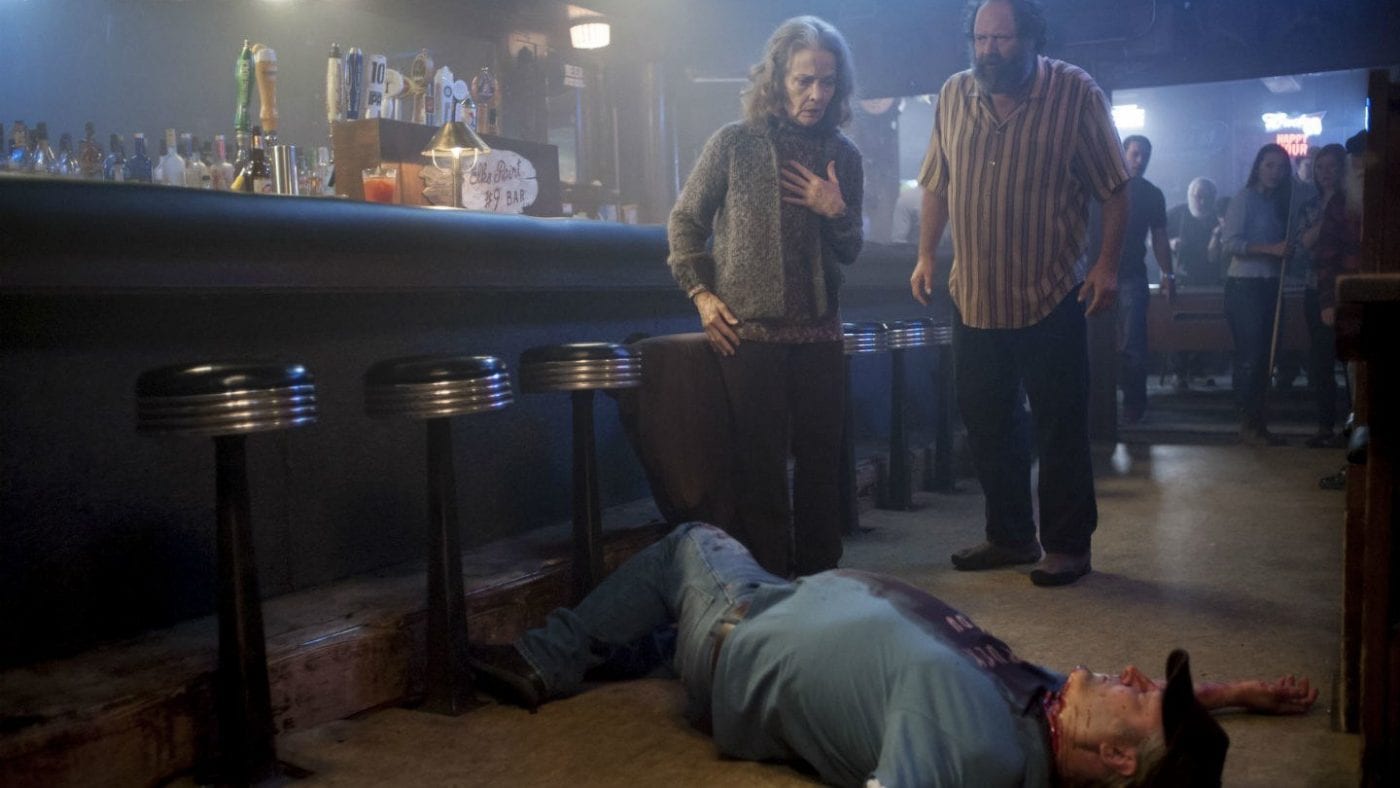 In her essay, Anne Carson mentions that Sophocles pejoratively describes the nymph Echo as the “girl with no door on her mouth”, as is the ultimate goal of all patriarchal projects. A girl with a door on her mouth speaks rationally, articulately and, most importantly, only when asked. She doesn’t scream like Ruby or Carrie or Laura, or moan like Sarah. She doesn’t rant and rave and curse like Audrey does, or Diane, or Becky. These women completely lack doors for their mouths – their unhinged, uncontrolled, hysterical cries are necessarily and intrinsically subversive in their refusal to be silent, or to turn their “formless” rage into articulate words. What they leave you with are images and pure sounds, and all that remains for you to do is listen.