‘How Does The Owl Ring Do What It Does?’ is now available on Audio, written and read by John Bernardy, exclusively for our Patreon supporters. For just $3 a month you will have access to our full library of Audio content, plus three new uploads every week. To sign up visit our Patreon page: https://www.patreon.com/25YL

I said in my previous Owl Ring article that the ring is a two-way key that lets you into the Waiting Room but it also lets the waiting room into you, and came to the conclusion it has three functions:

Beyond that, I didn’t extrapolate how it does these things. Here, I plan to change that. 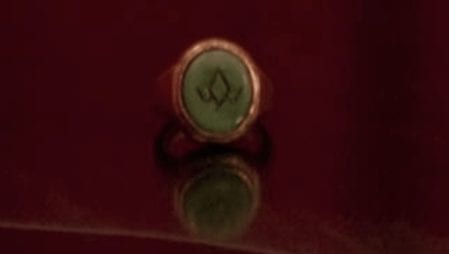 Based on my explorations that began my road through timequake theory into memory theory, I believe the Owl Ring works in exactly the same manner as any other Lodge portal, fractally the same as curtains, scorched engine oil, ghost steps of a destroyed hotel, sycamore trees, and electrical outlets. Though the Ring, as a wearable item, seems to focus what comes through the portal through the wearer as if the person was a point of focus.

Due to the barrier between physical and Lodge realities having broken down, portals are allowing Lodge energy to pour through and exert itself over physical reality. This influences our memories into believing Lodge-adjacent “dreams” are somehow as real as (or more real than) physical reality. To put it another way, Lee Stepien says in his article “it can feel like the zig-zag backwards realm of “The Red Room” has leaked out into the real world and slathered everything in nonsense and madness.” The Lodge reality veils over physical reality like a mask, and if we’re not careful we believe the veil is what’s real.

Masking is also a fractal concept in Twin Peaks: BOB is masked by Leland. “Diane” is masked by Naido. Light is masked by Lodge Laura, and Dark (etc) is masked by Sarah (and possibly Experiment Model). Physical reality being masked by the Black Lodge, especially in proximity to Lodge portals, is very much in keeping with the way of things.

And in the case of the Ring, the wearer is the one who chooses which veil is draped over everyone’s perception and memories.

WEARERS OF THE RING EXERT THEIR WILL

Mark Frost heavily suggests in The Secret History of Twin Peaks that Trump has crossed paths with an Owl Ring. Nixon had one on his finger. So did rocket scientist and Thelema magician Jack Parsons. But I’m going to go back to Meriwether Lewis and James Neely as a possible scenario as it looks closest to what happened to Laura Palmer.

Lewis appeared to be ritually murdered in a scene not that different from how Laura was in the train car (dirt mound, wound to the back of the head). At the time, he was wearing the Owl Ring around his neck in a pouch. The pouch was found but the Owl Ring never was. What is likely events is his guide James Neely killed him and took the Ring along with other possessions of Lewis.

I’ve previously suggested what follows was a major sign of timequake: Major Gilbert Russell sent two letters to Thomas Jefferson recounting the death of Lewis, and they were sent two years apart.

The first letter was received by Jefferson within weeks of Lewis’ death. Russell paints a warm portrait of Lewis that declares him “thoughtful, strong-minded and purposeful.” Russell also refers to Lewis’ death as Murder.

Two years later, Jefferson receives a letter from Russell that says Lewis arrived in a state of derangement, and having attempted suicide twice before he arrived and once while staying at Fort Pickering. Russell wouldn’t allow Lewis to leave until he was completely in control of his senses again and on his way to Nashville.

In both of these cases, Lewis leaves for Nashville with his probable killer James Neely.

At the time I wrote my timequake article, I assumed James Neely was the BOB of the story, and that there was an aftershock sent through time to cause the two different Russell letters. What I’m suggesting these days is that Neely put on the ring and basically created an alibi into reality where two years later a letter from this memory veil manifests in a way that clears Neely from any wrongdoing before he completely disappears. This could be a veil of explanation the killer told himself so strongly that it became actualized into public opinion the same way I suspect the murder of Laura Palmer was masked over by the Lodge-veiled FWWM flashback in Part 17 of Season 3.

You can also see this happening with Nixon, a man who rubbed a lot of people the wrong way yet continued to rise through the ranks seemingly on force of will alone.

Where else does this resonate? Cooper took a ring. It was in the shape of an infinity loop, sure, and not physically manifested in jade, but the smoke formed the owl symbol. And Dale took it. Then his wishes and hubris seemed to be coming true left and right, and because Cooper’s ring was a metaphorical time ring, his changes masked over a whole town. Where as “Neely’s” changes merely were explained in official documents spread two years apart. 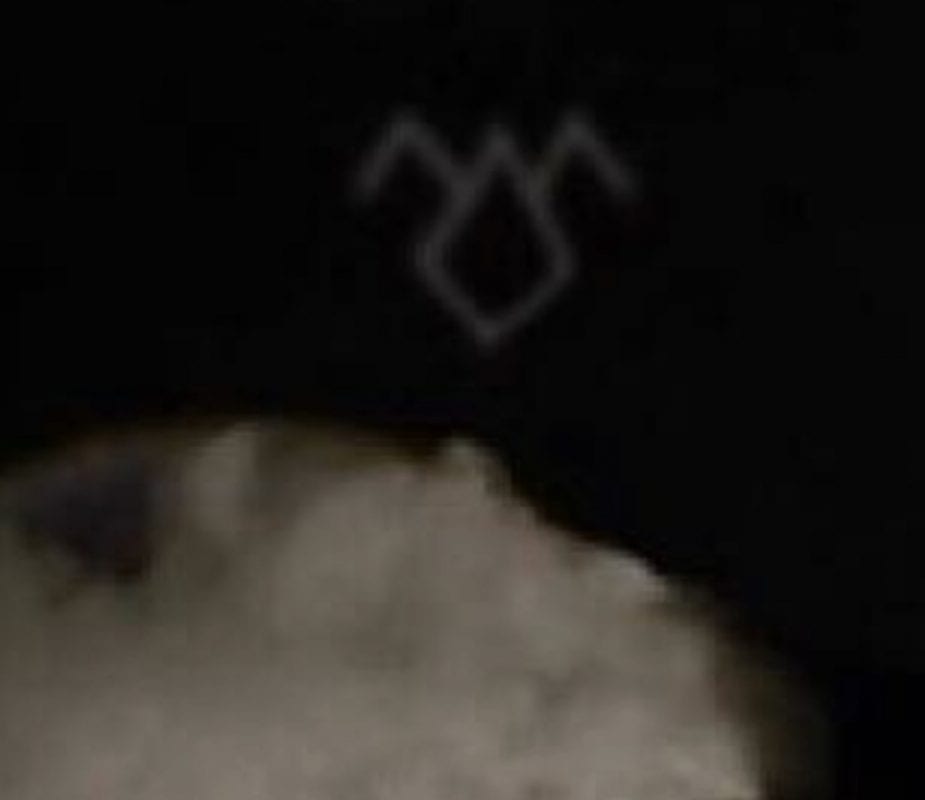 CYCLICAL EFFECTS TO WEARERS OF THE RING

The cycle of the ring appearing through time isn’t the only cycle associated with the Owl Ring. There’s also what happens to its wearers. Lodge power goes to and from the Ring. There is an ebb and a flow: If you wear the Ring, your deepest wish is achieved, but then you fall hard. Just ask Nixon.

What specifically makes the Owl Ring do this to its wearers? What is its power source? I think it’s the same thing Hawk and his living map think it is: a form of electricity.

Positive electricity flows from the Ring, through the wearer, then over reality. Things are veiled slightly as the wish fulfillment commences. The unbridled hubris writes over the wearer’s immediate world the way he or she wants.

If this was a direct electrical current, the flow from negative (Black Lodge) to positive (Physical Reality) would be unending, but Twin Peaks is nothing if not a statement of balance. The flow of this kind of electricity is an alternating current, where the poles alternate between negative and positive and the direction of the current reverses periodically. When the energy flow reverses, the negative energy flows away from the wearer, eventually siphoning the soul-style electrical energy of the wearer into the Lodge. In Season 3 we do not see the positive energy in action because we only see people who are dying or dead wearing the ring. The positive electricity is only on display in the Frost books. But the negative electricity is on display as the ring arm (through the spiritual finger) goes numb, sucking the electrical nerve impulses from the body gradually.

This cycle of the Owl Ring’s energy flow is yet another fractal concept in Twin Peaks. Positive to negative and back is just like night into day, Log Lady-style darkness into light, Black Lodge and White Lodge, and fire into black corn. Positive and negative electricity flow is right in keeping with this. So don’t take the ring, because it will eventually take you.

I still don’t have a take on the ring bearers that deliver the Owl Ring to wearers (that seems like a question for the customer service line at the electricity provider, or at least a complicated math formula that somehow equates Lana Budding and Phillip Gerard), or why certain people are chosen to wear the Ring over others (beyond the strong force of will at the root), but you know I’m thinking about it.

I’m sure there’ll be an Electricity Nexus about it someday, but in the meantime I’ll be back next week looking into that pesky question: “Is it future or is it past?”