I recently had the pleasure of speaking with David Patrick Kelly about what it was like playing Jerry Horne in both the original run of Twin Peaks and again in The Return. David was really gracious with his time and I hope you enjoy our conversation!

MH: Prior to Twin Peaks, you were a film actor, with roles in such films as The Warriors, do you still get asked to quote that film a lot?

David Patrick Kelly: All the time, there’s a recent video by Will Smith for the World Cup in Russia that has a behind the scenes video where he quotes The Warriors. There’s also a hip hop duo, Run The Jewels, who have some artwork that references my character, Luther… so it goes on and on. Hopefully forever, I’ll always appreciate the fans.

MH: What persuaded you to get into TV with Twin Peaks?

DPK: Well it’s always a good sign when a part is offered to you without actually having to audition for it. I knew that David Lynch valued my work and the script was truly mesmerizing.

MH: Wow!  So was Jerry actually created specifically for you? Did you have any input or contribution to the character creation or development?

DPK: I made a lot of suggestions on my costume, props and style that were graciously accepted. A few specifics are my Agnes B. suit for my first entrance (which I still have), the smoked cheese pig (Animale Affumicata from Balduccis in NYC), a custom pipe from a since vanished NYC store (which was subsequently stolen from the props truck right before the Louise Dombrowski scene), and a green fur Fedora (from a store called New Republic again in NYC).

MH: It sounds like you had a definitive vision of Jerry in your head, did you base your portrayal of him on anybody in particular?

DPK: Because of the food connection I decided to base him in part on a wealthy restauranteur in NYC. I would secretly go in to observe and listen to him. 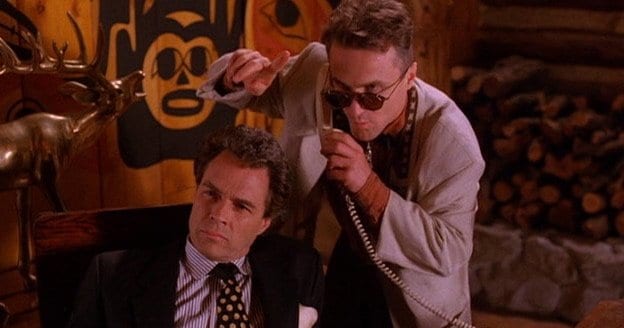 MH: Speaking of food, your first scene involving the Brie baguettes was performed brilliantly by you and Richard Beymer. What was it like filming that?

DPK: The first day is always exciting. All the energy of ‘The Unknown’ is in that scene. Tightly scripted but with some improv and one very long dancing with the baguette scene when I first go into the hall to speak with Ben. They didn’t have time to keep that dance sequence in unfortunately but you can actually hear me a little out of breath at the end of the scene.

MH: Dancing was a recurring thing with your character. There was the scene where Leland enters with his hair suddenly white, you all begin singing and dancing. Was that more improv or a scripted sequence?

DPK: A lot of the time David just let us do our own thing and I wanted to put in this really cool move I had perfected at Mime School in Paris with Marcel Marceau. We rehearsed it and right before we began rolling David came over to me and whispered, “Don’t hurt yourself.”

MH: At one point we were being lead to believe that it was Ben who killed Laura, did you know it wasn’t him?

DPK: I think we were all suspects at some point in the story and Jennifer Lynch had been dropping some clues in The Secret Diary of Laura Palmer but I watched along with everybody else and was genuinely shocked at the reveal.

MH: I think it’s safe to say we were all shocked at that reveal! After that a lot of your scenes were focused more on Ben and his re-enactment of the Civil War. How do you feel about those scenes considering how different they were for you?

DPK: You know, in History classes they call nostalgia for failed rebellions The Lost Cause Syndrome, and I think it is in some ways a prescient for all the recent discussions about monuments and justifications for evil behaviour and tragedy.

MH: There was a scene written for you and Ben in Fire Walk With Me which you sadly didn’t get to perform in, what were the reasons behind that?

DPK: I think that by that point David had other ideas in his mind… 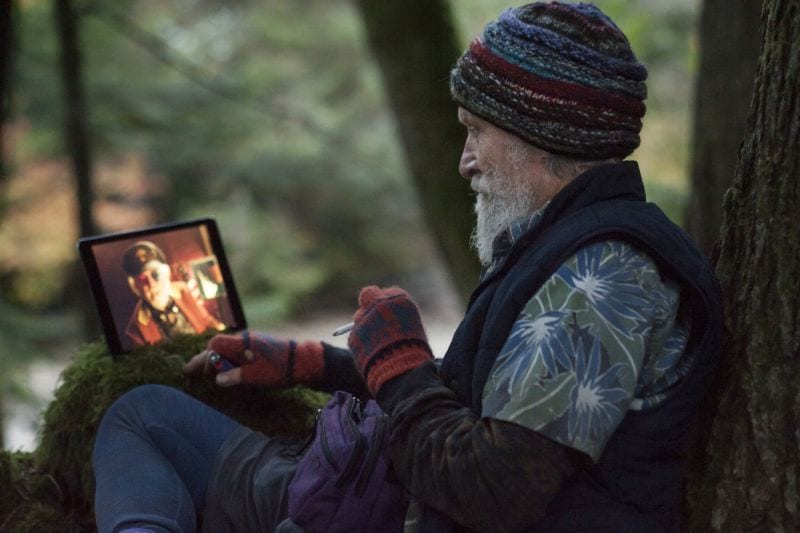 MH: You did get to reprise the role in The Return though, how did you learn that it was coming back ?

DPK: I actually heard about it in the news media like many people and I remember thinking at the time that they would use new, young people to go for that important demographic and they did actually use so many terrific young actors and musicians. But, I was so thrilled that David and Mark stayed true to their school and longstanding aesthetic of using amazing older people like Catherine Coulson, Hank Worden, Harry Dean Stanton, Grace Zabriskie, Warren Frost, Richard Beymer…

MH: And you, of course! How did envision the future of Jerry? Was his evolution over the years what you had in mind for him?

DPK: My acting praxis for all of my work has always been to use real life inspiration like an anthropologist for my characters. That involves undercover observation and as much documentary material as you can gather. It also involves taking inspiration from other contemporaneous art to get a philosophical basis for the character to do what he does. So I was observing a famous restauranteur, that I briefly mentioned earlier, who provided words and actions that actually went straight into the show. No names!! Also, originally, I hit on Ayn Rand and her Virtue of Selfishness for the sybaritic hedonism and unchecked rapacious Capitalism of Jerry. The other major influence was Thomas Pynchon’s Vineland and that dovetails quite nicely with the evolution of Jerry into his version of ‘Conscious Capitalism’. Especially since the namesakes of Ben and Jerry were original hippie capitalists.

MH: Seeing you reunited with your brother Ben after all these years was very moving for us but at the same time still captured the comedy of your original performances together. What was it like working with Richard again?

David Patrick Kelly: It is way overdue to thank the legendary Johanna Ray who cast me in Dreamscape, then in Wild At Heart and then figured out that Richard and I would be so chemical together. Richard has a very precise, meticulous way but also a very fun way of putting things together and there is something so musical about all of our scenes that I love them all, even the ones that don’t involve spontaneous dancing. Richard has had such an amazing career with West Side Story (which I actually saw for the first time as a student in Paris in 1970) and in Anne Frank and so many others, it’s always an honour to collaborate with him.

MH: That is just lovely, your scenes together mean a lot to fans. The “I am not your foot” scene was absolutely superb and thinking of David directing you in that always makes me laugh. What was it like filming on that day?

DPK: You know, I actually remember that it was really quite emotional and it had to be a very very real terror. David can get into an almost mesmeric repetition especially about the desired emotional state of a scene. I had absolutely no idea what it would be like in the finished product because the ‘voice’ of the foot was not indicated in the script at all. He also wanted to take extra care that I wasn’t injured in attempting the flip over so we set up a nice cushion of leaves and branches. 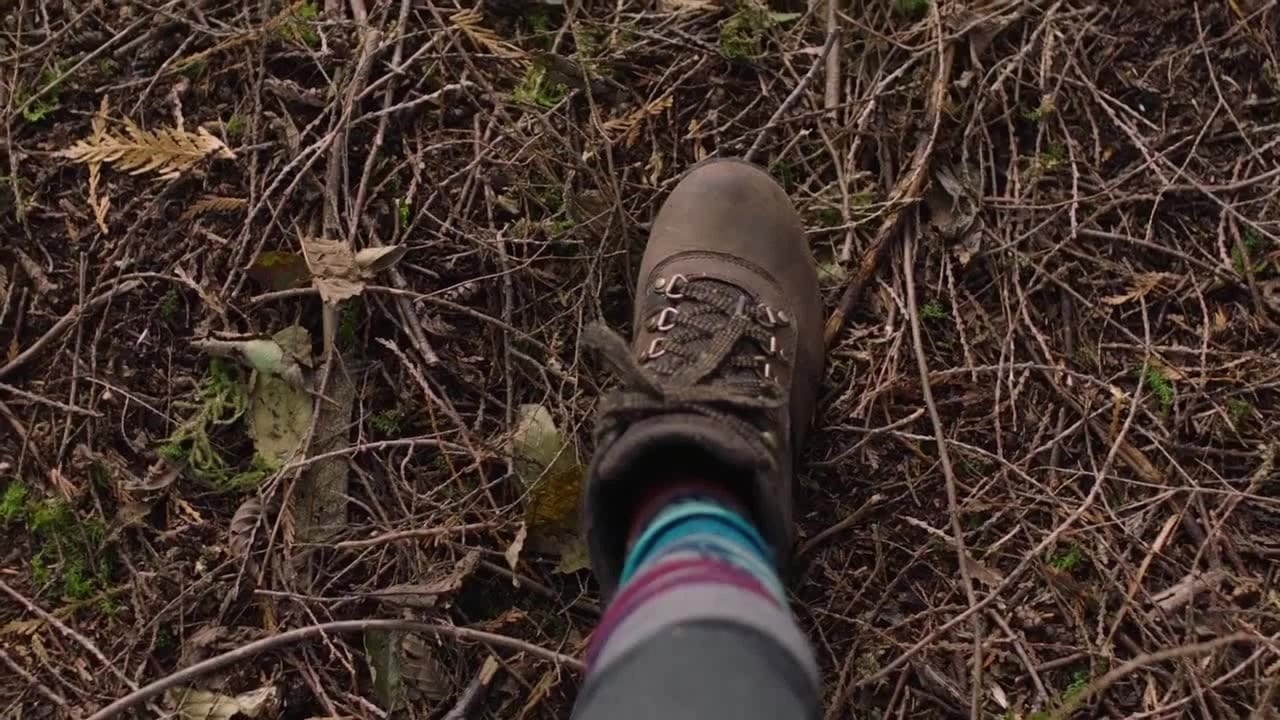 MH: I think that care David has really shows especially in the touching behind the scenes footage when we see you singing ‘The Lass of Aughrim’ to him. Do you have a close relationship with him?

DPK: I don’t know David much off set but we have always had an intuitive and easy way of working together. We did get to chat a bit more on the set of The Return and we do actually share some Irish history with ancestors from Cork. It was Mark Frost that urged me to bring my mandolin to set and it resulted in that truly great moment with David and the wonderful crew.

MH: I think that footage will be cherished by fans for a long time. What do you think the future holds for Twin Peaks?

David Patrick Kelly: I think Twin Peaks is now a part of American folklore and I hope it can keep going absolutely.

MH: I couldn’t speak to you and not quickly mention your memorable character in Wild At Heart. Do you have any favourite memories from your time working on that film that you’d care to share?

DPK: I will never forget David instructing Harry Dean Stanton on his final moments and quoting from the Autobiography of a Yogi about saints leaving their bodies…

MH: Thank you, it truly has been incredible to speak with you, do you have any parting words for our readers?

DPK: No matter how your heart is grieving, if you keep on believing, the dreams that you wish can come true….

If you enjoyed this interview with David Patrick Kelly,  please be sure to check out some of our others! Thanks as always for your support of the site!

My Interview with Ian Buchanan

My Interview with Sabrina Sutherland

My Interview with Mark Frost 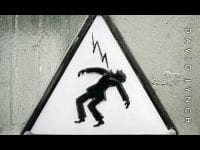