‘Favorites: Top Judy Theories’  is now available on Audio, read by author John Bernardy, exclusively for our Patreon supporters. For just $3 a month you will have access to our full library of Audio content, plus three new uploads every week. To sign up visit our Patreon page: https://www.patreon.com/25YL

Here at 25YLSite, we handle a lot of heavy lifting. Analysis, interpretation, deep discussion, introspective interviews…you name it, we’ve got it. “Favorites” takes a lighter approach to the material we normally cover. Each week, we will take you through a list of favorites—whether it’s moments, scenes, episodes, characters, lines of dialogue, whatever!—in bite-sized articles perfect for your lunch break, a dull commute, or anywhere you need to take a Moment of Zen. So, sit back and enjoy this week’s offering: John Bernardy’s favorite theories about Judy.

Here’s literally all we actually know about the character of Twin Peaks’ Judy:

Yet, in all of these instances, the name Judy is never actually attributed to a character. Hence we have the smorgasbord of theories revolving around the identity of Judy. Here are some of my favorites:

ANOTHER VICTIM OF BOB 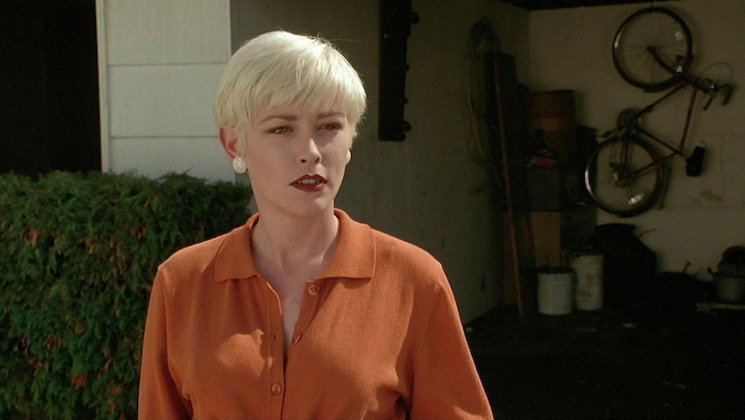 This one’s a pre-Season 3 theory, and it’s officially outdated, but there’s a simplicity to it that I love:

This definitely fits well with the formula that Judy is Josie’s twin sister, so it should be an automatic sign to throw it out, but it would also be the first instance of a set of three in Twin Peaks media, and we know well that Season 3 was all about themes of three. Considering where I think the state of reality’s gone in Season 3, I find it noteworthy that this was Twin Peaks’ instinctual direction as early as 1992.

THE EVIL THAT WOMEN DO 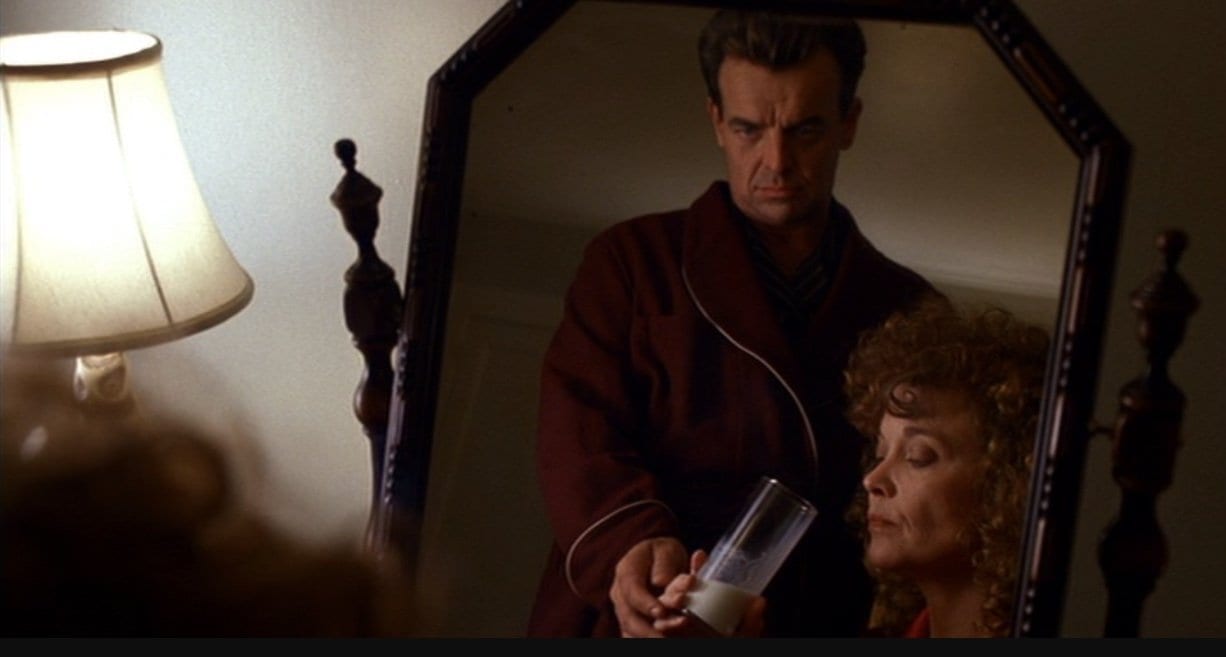 Sarah Palmer as a host to Judy makes sense to me, as it’s the same formula as Leland Palmer being the host of BOB. There’s a simplistic balance to it that I could see being likely, but if you stretch out Albert’s line about BOB being the evil that men do, you could say the same for Sarah. 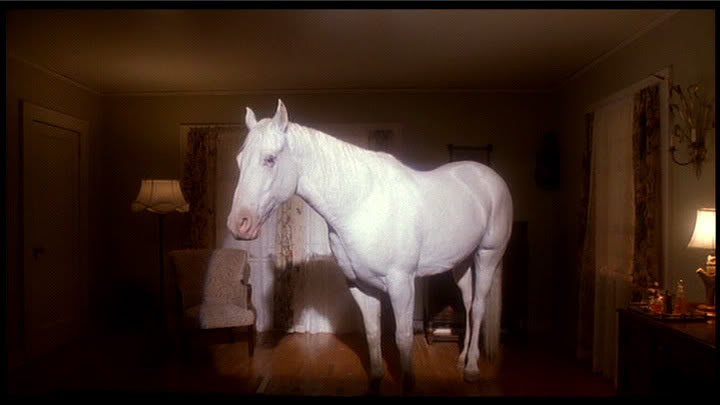 Laura Stewart explains here what looking away means in regards to Sarah Palmer, and she also brings up the white horse specifically in regards to “the horse is the white of the eyes.”

Lynch loves his symbols. I refer you to the traffic light, Bang Bang Bar sign, and ceiling fan, for just a few. The white horse surfaces as well, usually around extremely negative circumstances. And Gordon says Judy is an extreme negative force. If the horse really does symbolize looking away as the Part 8 poem suggests, it would help immensely in explaining why we never see Judy being officially noted on screen or in the credits. Even Naido and Ruby were credited with their names despite them never being said aloud.

The horse is what we’re looking at while Judy is just off to the side of the camera shot. Classic misdirection, in the most art-house way possible. 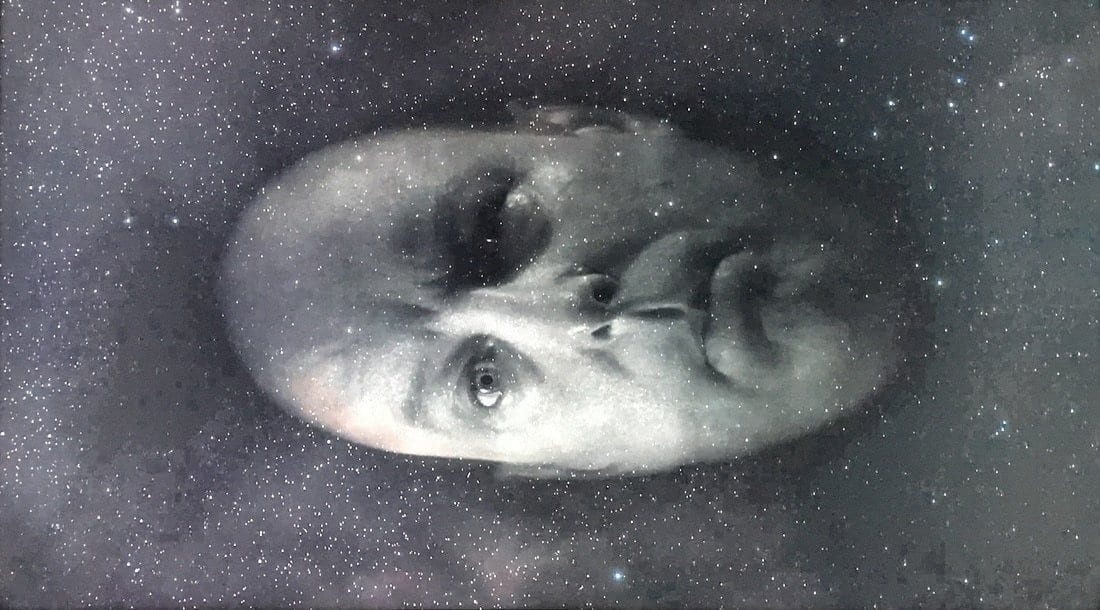 During the run of Season 3, fans were regularly saying that Judy was Gordon Cole and Phillip Jeffries’ code name for Major Garland Briggs, and even today there are reddit users who suggest the Judy that DoppelCooper is trying to find is the head of Major Briggs in the White Lodge.

Garland Briggs himself even says “Judy Garland?” when under the influence of haloperidol, as he responds to Dale Cooper calling Briggs by name. Earlier in Season 2, Briggs was abducted by the same force as the Log Lady, per their themed tattoos, and they are both tied to the forces of positive good, but Gordon is the one who coined Judy as the ultimate negative force and he’s supposed to remember the unofficial version, so it could be that Cole is “far away” himself with that detail. Or Judy’s just a red herring used as a lure to trap DoppelCooper.

This is the biggest stretch to name Briggs as Judy’s identity, but ‘Garland’ is a strong connection based on Lynch’s proclivity for referencing Wizard of Oz. And then there’s another under-the-surface meta-story relating to Judy Garland…I’ve heard it said that her treatment during the making of Wizard of Oz was less than stellar, and at minimum adjacent to abuse. If a horse can be a symbol of Judy, can Garland Briggs’ first name be imbued with the pain of a girl that was masked over by one of the most important fairy tales in all of film? Was Briggs then a reminder of pain under the surface, much as he was a reminder to Dale about the Blue Rose?

Experiment, the egg spewing creature in Part 8, can be a personified Black Lodge much in the same way that BOB could be the personified evil that men do. It could also be a mature utukku demon—as we saw explained in The Final Dossier—laying eggs in our reality. There are regular theories that the frogbug hatched from one of those eggs is an immature Jumping Man. Considering “man” is right in its name, that could be the male utukku, making that comparable to Final Dossier’s Ba’al or Beelzebub. Experiment Model, as seen in the glass box in Part 2, could be the female utukku, making it comparable to Joudy.

I’ve made a case that Experiment Model goes from that glass box into Sarah Palmer by way of the glitching television, and that means combined with Sarah’s frogbug they form that smiling creature within Sarah. The hybridized creature inside Sarah makes the most sense to be the creature that can “end the world as we know it” purported in The Final Dossier. And that creature could be the entity that shifts the world to its more unrecognizable conclusion in Part 18, ending the world “as we knew it” and giving us a brand new one. It’s a strong case that Experiment Model is the literal Joudy from Final Dossier, but I still think that’s only one way to read things. 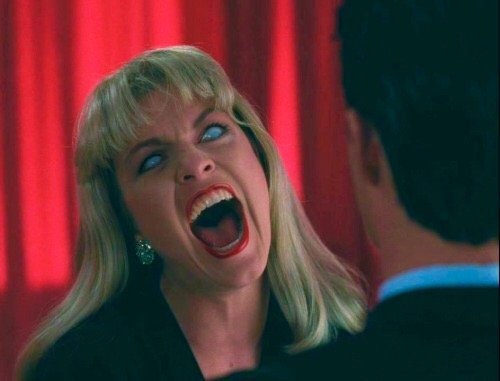 In the “truck you” scene of Part 14, the creature inside Sarah tells the bartender “sure is a mystery, huh?” with an intonation just like Laura Palmer. Gisela Fleischer made a case that its hand is Laura’s from a scene in Fire Walk With Me, and the smile is definitely reminiscent as well. That creature could quite possibly be Judy, and it could also be Laura Palmer’s doppelganger. And those two could just as easily be one and the same.

While Laura is related to the golden orb, it’s possible that her doppelganger is related to an ultimate negative force. Doppelgangers, after all, are essentially the worst impulses of a person. In a season which focuses on Dale Cooper’s need to assimilate his doppelganger, it would make sense that the entity inside Sarah Palmer could be the doppelganger of a dead girl in need of a body to enact its revenge upon the world.

So there we have it. So many plausible Judy identities, and I didn’t even name them all. Which one is your favorite?