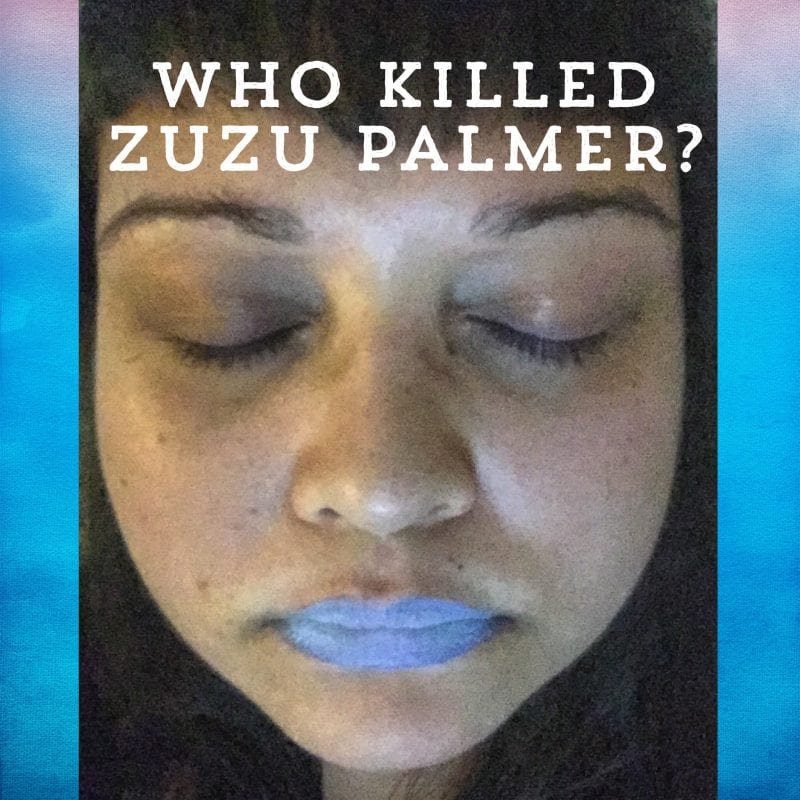 The date is May 19, 2017. It’s 3:43 PM. I am wrapped in plastic. My brown skin is cold and my lips are blue. The assorted aquatic detritus trapped on my forehead and eyelashes almost sparkles. I do not like the sound the plastic makes as it is pulled from my face.

I have no appetite today. I read Laura’s diary again last night. I forgot how it makes me feel. Like someone peeled off my skin and now I’m just one raw nerve. And I get SO MAD when I think about those missing pages. I want them back.

I’ve never told anyone this, Doc, but every time I begin Twin Peaks again (I just finished my 7th go around) I keep hoping that the story will have changed while I’m away. Laura won’t be washed up on that beach. She’s free, she’s healing, and far away from all the people who hurt her. There’s only one other artwork that has inspired this same wish: Gregory Maguire’s Wicked. Every time I open that book I am convinced that the ending will have changed while I was away. Elphaba is living the dream with Fiyero, and they have lots of little green babies. But my wish never comes true. Every time I mourn the losses of these women anew.

I know we’ve talked about this often, Doctor Jacoby, but I guess it’s always kind of on my mind: Like many brown women, I have always imagined my life would be easier with white skin and yellow hair. In many ways it would have been. Watching Twin Peaks in the current political climate as well as living in the Internet Age changes some aspects of Laura’s death. We hear stories every day now of missing brown and black women, brown and black women murdered by police, brown and black women who die while in police custody. Their faces rarely end up on posters. Their names are not household names.

But a white woman gets raped, tortured, and murdered and an entire canon is built around her face. This is problematic. Don’t you think, Doc?

Twin Peaks was first released during a time when diversity was not a talking point. As a brown woman with a marginalized biracial identity, I was long accustomed to relating with stories that had very little in common with my own because I had no choice. I love pop culture. American film and television was my window into American identity while I grew up in Sri Lanka, Zambia, Thailand, Pakistan, and India. I’m also highly sensitive and empathic, so I tend to relate and identify easily with people totally unlike me as a matter of course. Like Atticus Finch said, I’m constantly walking around in other people’s shoes. You keep telling me I need to control it more or better, but it just doesn’t feel like me. You know?

One of the ways I negotiate the whiteness in Twin Peaks is by thinking of the characters as archetypes. They are representative of primal human journeys, and the variety of ways lives go well or spiral into descents of madness, rage, and violence. In this respect, Laura Palmer is every woman who has been abused, raped, battered. She is the stories of shame we keep hidden, locked away. She is the secrets we keep even from those we love the most. She is horrible decisions we make once another human being has convinced us we have no value. She carries all our regrets and lost time.

It is too superficial a reading to say that Laura Palmer embodies the virgin/whore dichotomy. Like many abused women, Laura Palmer is The Joker, The Trickster. People see what they want to see when they look at her. Their description of who they think Laura is only reflects who they wish her to be. Think about Celeste Wright in HBO’s Big Little Lies. Everyone sees a gorgeous woman, kind, intelligent, a loving mother, an accomplished lawyer. They conveniently overlook all her evident pain.

When in an abusive situation, we learn how to craft convincing masks. It’s a modern survival mechanism. We put on make-up or sunglasses or a long-sleeve shirt to cover up the evidence. We don’t wince when someone touches a sore spot. We smile big so nobody knows. We inadvertently end up helping construct and decorate our own prison cells. Every woman has her stories. Every abuse survivor has many, too.

While Laura Palmer looks like a privileged segment of society — white, blonde, skinny, beautiful — she does represent all of us women who have been abused. Those who survived. And those who didn’t.

Even though she doesn’t look anything like me, Doc, I have always related to her story on a profound level. Ultimately, it is Laura Palmer who keeps bringing me back to Twin Peaks. Because her story will never not be relevant to women in this patriarchal — forgive me, Doc — piece of shit world.

Laura Palmer is the horror story in which too many women live and die. Their daughters. Their daughters’ daughters. The cycles and spirals are neverending pain. To be woman in this world is in many ways to suffer male violence and learn to live with it until it breaks you or kills you.

The one major disservice Twin Peaks does to abuse, rape, and incest survivors is divorcing the real man committing these gruesome acts and attempting to pin the actions on demonic or some other kind of possession. It always bothered me how after his death everyone forgives Leland Palmer because it wasn’t really him, it was BOB. What a convenient excuse for raping one’s daughter regularly since she was 12.

But Lynch redeemed that narrative in Fire Walk With Me, his most beautiful love letter to Our Laura. Right before Leland kills Laura he wails: “I thought you knew it was me!” The twisted revelation that he’s actually believed his daughter wanted a sexual relationship with him all this time is beyond nauseating. Laura’s face displays every ounce of shock, horror, fear, and disgust at the reveal. There was no BOB, there was only a misogynistic monster who ruined dozens of lives through his perversity. This kind of domestic and sexual violence has a ripple-out effect. Twenty-five years later and we are all still feeling it. This is the darkness that never recedes. And in two days it will be happening again.

I’ve also been wrapped in plastic, dumped and left for dead. I survived, but not unscarred. I walked with fire and discovered I was a phoenix. I wish Laura Palmer and all those other flame-devoured women could have, too.

In Laura we trust,