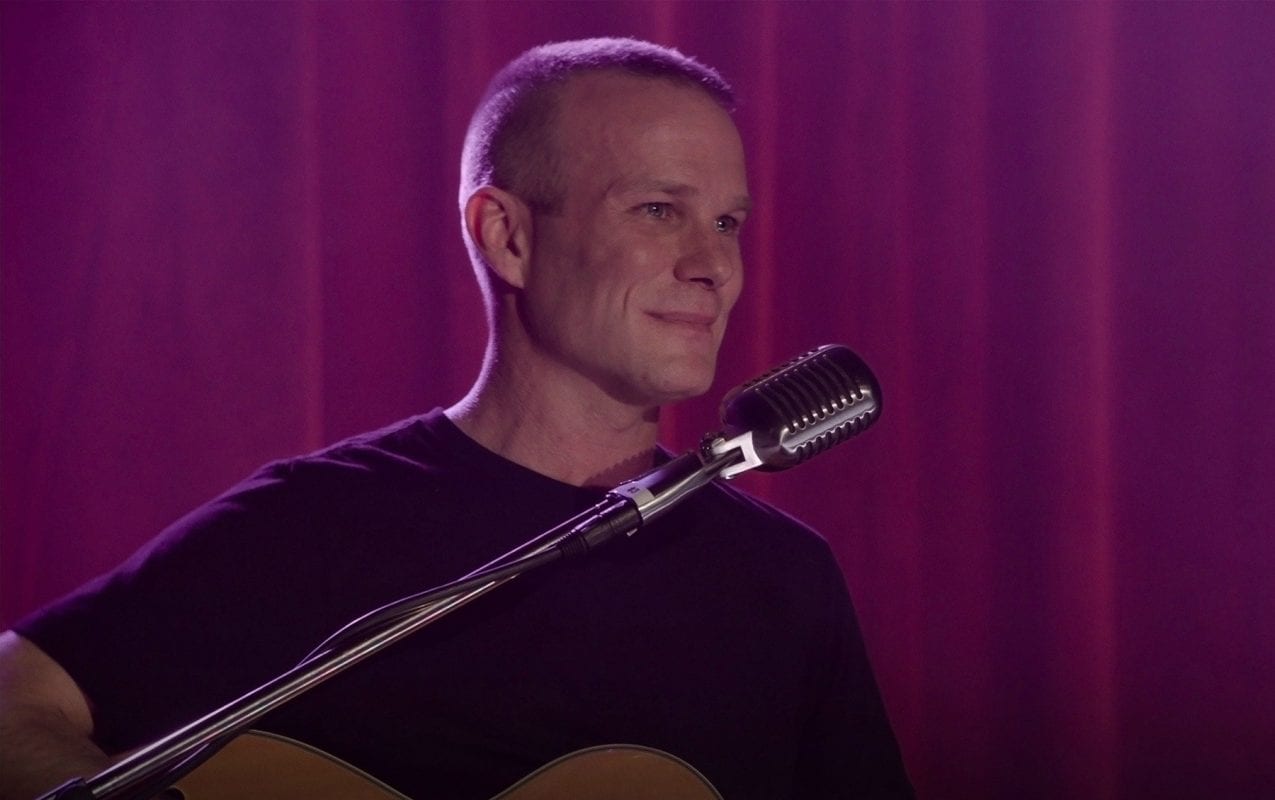 The moment I heard those six opening notes of James Hurley’s old song I began to cry. When the camera shifted to James’s girlfriend, also crying, my husband broke our Twin Peaks silencio rules and said, “She looks like you.” And not just because of our matching set of tears. The actress playing Renee (Jessica Szohr) is also biracial and bicultural, although Hungarian and Black American in contrast to my Lithuanian American and Sri Lankan. The differences aside, I went from being a spectator of Twin Peaks to seeing into a mirror. It’s the first time it’s happened to me this way in Twin Peaks, and that realization made me cry even more.

I know it wasn’t, but I felt like Lynch made James and Renee’s Roadhouse scene just for me. I never in a million years imagined I would see someone who looks like me — and with a similar mixed background to boot — in my favorite town. And during such a touching musical tribute to one of my all-time favorite characters, no less.

James’s performance is so raw and tender, sweet and vulnerable. He hasn’t always just been cool, he’s always been so beautiful.

As if quantum physics wasn’t fascinating enough, Vedic physics is a horse of a different color. The Vedas are sacred texts that detail the history of the universe, gods, and people, used as one of many foundational pillars in Hinduism. In her brilliant essay “Substance Abuse” (Return To Twin Peaks: New Approaches to Materiality, Theory, and Genre on Television), Martha Nochimson goes even deeper into the theoretical science underpinnings of Lynch’s work through Twin Peaks almost as if she knew what was going to happen in The Return. Nochimson writes:

“At the heart of Vedic physics is a creation myth that depicts the moment when matter appeared out of the void as the result of a certain mystical combination of sounds. … Out of the waves of these sounds, the appearance of matter as we know it was born. The Vedic creation myth has not generated the practical inventions, like the GPS, that quantum science has, but it suggests a similar perceptual problem: say what quantum mechanics and the Vedas may, that rock over there looks solid. At the same time, hard as that rock may feel, quantum mechanics and Vedas tell us that it is filled with void as well as particles. ”

The Giant tells Good Cooper at the very beginning of The Return, “Listen to the sounds.”

When asked the best way spectators should watch The Return, Papa Lynch also told us to, “Listen to the sounds.” He did the entire sound design himself, and everything we hear is intentional in ways that other aspects might not cohesively be. This is important.

“Quantum mechanics and Vedic literature differ in many ways, but they overlap in their mutual understanding of our ordinary perceptions of solid matter as being illusory. It is in this overlap that they combine to aid us in our understanding of Lynch as an artist and his relationship to dubious certainties about the nature of things that have become almost sacred in our materialist society.”

It is ironic how viewers rush to iTunes after each episode to buy the new Roadhouse song, or those who elected to buy the soundtrack album before The Return has even finished airing. For me, I live for the Brechtian astonishment provoked by each surprise musical guest and other than one meaningful spoiler, have managed to keep my experience clean from knowing too much about what’s on its way. It’s like showing up to The Roadhouse blindfolded to be surprised at whatever new act is on display.

There have been many sounds to listen to during The Return, and most of them menacing, nervewracking, horror movie sounds — I’m looking at you Part 8. Nochimson says that quantum and Vedic physics are only tangentially connected, but in The Return’s Part 8 the concepts appear to work in harmony. Part 8 is where we saw The Mother, BOB, LAURA, The Giant, and Señorita Dido become part of a Vedic creation story, the sounds out of which birthed a face of good and one of evil. The physics of a nuclear explosion triggering the Vedic physics of birth through sound.

In contrast, every diegetic song that’s come out of The Roadhouse, played on The RR’s jukebox, or the radio has been a love song. Even “The” Nine Inch Nails song “She’s Gone Away” tells a dark love story of trauma and loss.

Because for all the terror that emanates from Twin Peaks, there is still a fundamental current of primordial love reminding us The White Lodge is still very much at play in our beloved town. Will love prevail? Maybe; maybe not. But it’s not going to give up in the meantime.

One of the reasons James has always been cool is that he has never been here to display toxic masculinity like so many other men on Twin Peaks’s screen. James is a character who embodies pure love, and sensitivity. When I was reading the script for Fire Walk With Me again I was struck by the purity and intensity of James’s love for Laura. I now believe that James’s love had been protecting her from BOB/Leland, until it was too late. He knew if he loved her hard enough he could save her. But Laura had to let him. And she was convinced she was a lost cause — extremely common in abuse survivors — so that’s exactly what she became. You can lead a horse to water, but you cannot force her to drink deep and descend into the love that offers redemption.

Yes, it’s been decades since Laura has been gone and James still loves her. Of course he does. James’s love was pure, just like his Roadhouse song. His kind of love is rare and transformative. It doesn’t die even when the person who inspired it does. Many women would be threatened by James’s love for women long gone. But Renee gets it, respects it, and is moved to tears by his dedication through song, even if it is to another woman.

Losing a grand love leaves a gaping black hole in a person, a void of dark matter that can eat you alive if you’re not careful. James transmuted that black hole of grief into more love. And he honors Laura, Donna, and Maddie every time he plays that song: the Vedic physics of musical devotion.

If you’ve ever loved so pure and strong as James — an unconditional love that will never dissipate — and also survived so much trauma and loss, you understand. Two of my first and deepest loves are also both dead, and James’s song invokes their memories in beautiful ways that remind me to be thankful for the privilege of having loved someone with such fierce and absolute emotion. Even now, decades later I’m occasionally hit with waves of grief at my loves’ absence from this mortal coil, hitting my soul in a crushing tsunami that often brings me to my knees.

Those sounds of pure love are why Renee was crying when James sang that ever-special song. It’s why I have tears streaming down my own face as I write about it. David Lynch was not trolling us; he was reminding us that there are loves which are eternal. And James embodies them. His love keeps them alive.

If you can’t appreciate, acknowledge, or accept the profound and unconditional love that James will always feel for the women he has lost, expressed through such an innocent and tender song: Fix your hearts and live.