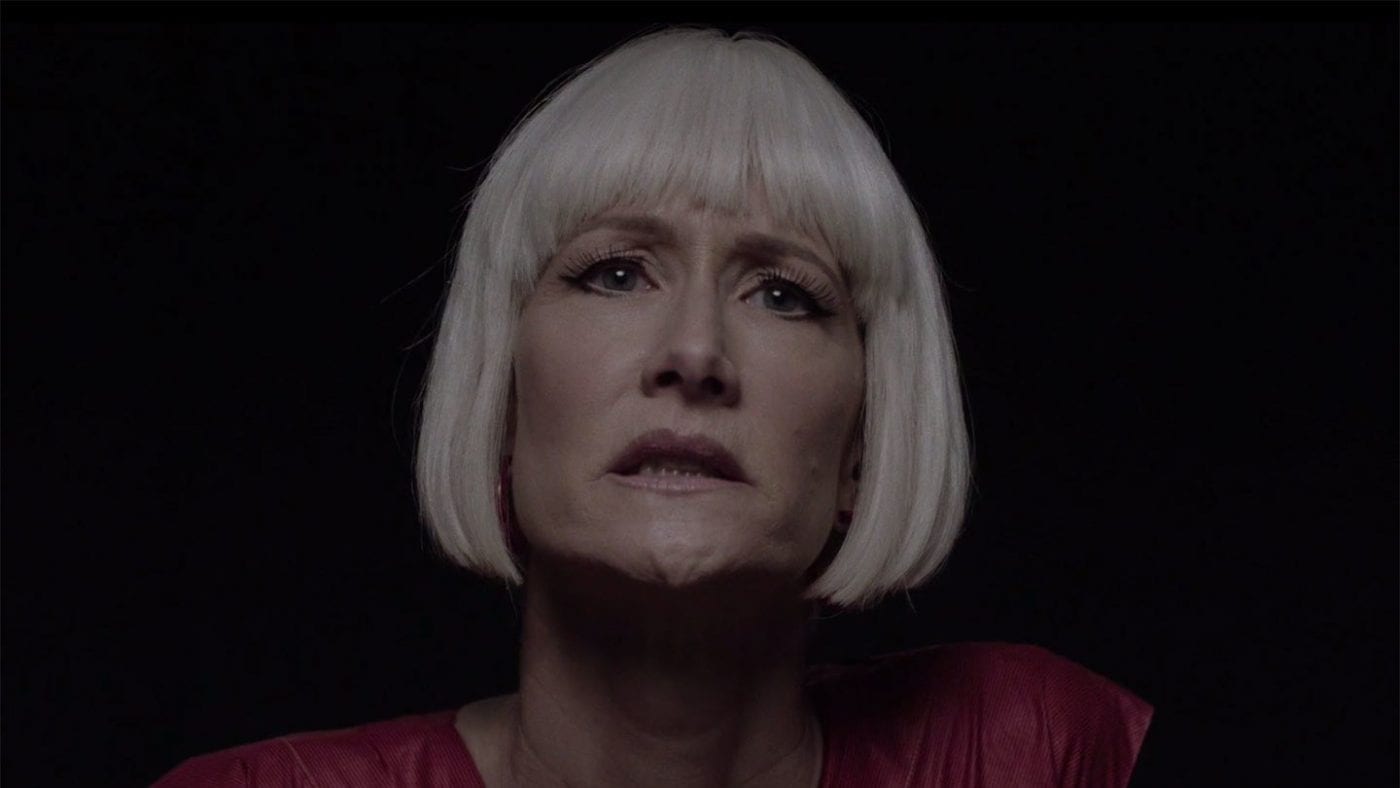 *Spoiler alerts for Season 3 of Twin Peaks and content warning for discussion of rape, sexual assault, and violence against women.*

I have so much to say to you I’m overwhelmed and haven’t known where to start. Forgive me for following a more traditional narrative structure and starting from the beginning.

I’ve always thought that the characters in Twin Peaks serve an archetypal function, and to me you represented God. All seeing and all knowing, encased in a symbolic black tape recorder. That God was a woman was of course intentional on my feminist part. Here’s the love letter I wrote you earlier this year:

“Diane is never seen, but we are always aware of her presence through Special Agent Cooper’s ongoing and one-sided dialogue with her. Like God, he asks Diane for things, and She sends them post-haste. God is not heard, but ever-present through those who believe in Her and require her help. She is the repository of wishes, hopes, dreams and petty annoyances, so that others need not be troubled. She embodies omnipresence and omnipotence through a little black tape recorder.”

Seeing you in person for the first time was a singular thrill. But my excitement quickly gave way to concern when I took in your sad and haunted eyes. I knew something terrible had happened to you. I know something terribly specific had happened to you. Isn’t it rather chilling how women always know? How we can see it in another’s face without them even speaking? But I had no idea it would be as bad as it would turn out. I never wanted that we would have this awful thing in common.

Albert said that BOB is the evil that men do. He was not speaking in metaphor for mankind. No, he knew that there are specific acts of violence and cruelty that are statistically unique to the male of our species. Rape and other sexual violence is one particular strain of the male of the species to exert his power, his entitlement, and his opportunism. It’s the reason myths like the vagina dentata have persisted throughout time, so that men have an excuse to non-consensually penetrate women. So that our degradation gets an appropriate framework in which to justify sexual and other violence against us. So that our bodies can be under male control by any means necessary.

And the worst thing? The worst thing is that our stories of male violence are so common they border on the banal. Of the one in three women who will get raped in her lifetime, the majority are assaulted by someone they know and trust. Someone who is, or is like family.

To Agent Cooper — heck, to many of us — you represented goodness and a kind of purity. We never saw you so you grew mythical in our imaginations. You were the rock we all leaned against. You were the listening ear and shoulder to cry on from a distance. You were the inner voice that helped us solve our problems.

But that’s the problem with being a female God in a patriarchal world: You’ll probably get sacrificed.

The massive amount of garmonbozia generated by your defilement at the hands of Bad Coop and BOB must have kept them fed for years. It makes me sick to even think about it, but ever since I’ve seen you it’s weighing heavier and heavier on my mind and in my belly.

Sadly, I’ve been in your shoes. It’s a special kind of horror to be violated by someone you trust and respect. To be alienated from so many because of the shame of it. To lose yourself in that trauma and grief and rage. To be shattered.

For years I was the littered floor of The Roadhouse. I had to sweep my pieces up myself and try to figure out how they all fit back together. And in spite of all my hard work, there will always be gaps. This kind of breakage can never fully be fixed. And like you, Diane, the ripples outward of those violations span decades. It changes everything. And for the worse.

A year ago exactly today I “came out” publicly as a rape survivor. It was almost scarier than testifying against the people who killed Wendy. But in doing so I brought my misplaced shame into the light where it promptly burst into flames. I rose from the ashes. Not complete, but closer to whole than I’d been since the rapes. Speaking those evils aloud was transformative. It gave me an opportunity to receive love and support I’d never believed I deserved, partly because of the sexual violence I endured and survived. I finally started to understand and internalize that it wasn’t my fault.

Diane, it wasn’t your fault either. Just like it wasn’t Laura’s. Or Ronette’s. Or Maddie’s. Or Audrey’s. Or any of the other women who have had their dignity and humanity stripped by a rapist piece of shit. The responsibility lies in the evil that men do. It is their shame. Their fault.

I’m so sorry for what you’ve been through, Diane. In all these years I saw you as a God I never dreamed we’d turn out to be sister survivors. You have become human and powerful in a way most unexpected.

I hope you will talk to Gordon soon and tell him everything that happened. I promise you, the unburdening will help. It won’t be easy, but it will shift your life in a new and more promising direction. Telling the whole story will be your first step towards healing. It’s a huge leap towards finally getting some justice.

Because you, Diane, deserve to heal. You deserve justice. We all do. Afterward, your smile will light the world. And I can’t wait to bask in it.

With all my love and in solidarity,

PS My survivor story is a tale in three acts: 1) “Coming Out”, 2) Short-Term Effects, 3) Long-Term Benefits.